The family lives in Beijing, but no members of the family are charged in the scandal

The New York Times, citing sources familiar with the case, say that the Beijing-based family paid the staggering sum to admitted scam ringleader Rick Singer. Their daughter was allegedly admitted to Stanford in 2017. A spokesman for Stanford tells the Los Angeles Timesthat the college rescinded the daughter’s admission in April and she is no longer a student there.

Since the case was unsealed in Boston last month, the family’s identity has been a mystery because the parents were not charged in the case. More than 50 other people — including actresses Lori Loughlin and Felicity Huffman — are accused of taking part in what is being called “the largest college admissions scam ever prosecuted by the department of justice,” according to a release from the U.S. Attorney’s Office in Massachusetts.

Soon after filing charges against dozens of the defendants, prosecutors said a family had paid $6.5 million in bribes to get their child into the elite school — but both the individual’s name and the school involved remained a mystery. The massive amount had been mentioned only in a press conference, and does not appear in the court documents.

“The name was not divulged,” Liz McCarthy, a spokeswoman for the U.S. attorney’s office in Boston, told PEOPLE last month. “We did not tie the amount to anyone by name.”

But now, several outlets — including the New York Times, the Los Angeles Times, and NBC News — have independently identified the family.

Citing sources familiar with the case, the Los Angeles Times reports that Singer first tried to get the girl designated as a recruit for the Stanford sailing team. He allegedly created a false profile of her purported sailing achievements.

But, according to the newspaper, the plan was unsuccessful and she was not recruited to the team. The paper reports that she was instead admitted to the college on the basis of allegedly falsified credentials. After her admission, Singer allegedly made a $500,000 donation to the Stanford sailing program. (A Stanford spokesman confirms the receipt of the half-million-dollar donation.)

Singer has pleaded guilty to charges including racketeer conspiracy, money laundering conspiracy, conspiracy to defraud the United States and obstruction of justice. He is cooperating with authorities in prosecuting parents, coaches and admissions counselors from top-tier schools. It is unclear whether the family who allegedly paid $6.5 million will be charged with any crime.

Multiple outlets have named the student. PEOPLE has been unable to independently verify the reports.

RELATED STORY: Everyone Who Has Been Charged in the College Admissions Cheating Scandal

Felicity Huffman has agreed to plead guilty to the charge she faces of conspiracy to commit mail fraud and honest services mail fraud.

Lori Loughlin and husband Mossimo Giannulli face the same charge and an additional charge of money laundering, and have pleaded not guilty.

Reps for the actresses have not responded to PEOPLE’s calls for comment.

Prosecutors say that they are continuing to investigate. They have said in court filings that they expect to charge more people in the case. 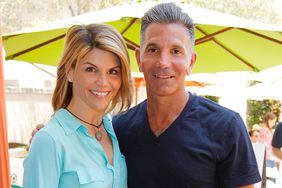 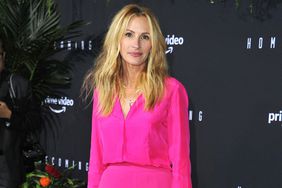 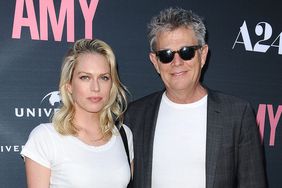