Man Who Appeared to Blame Cold Medicine for Wife's Murder Pleads Guilty: 'I Feel Like a Monster'

Matthew James Phelps, 30, will spend the rest of his life in prison

An aspiring pastor in North Carolina who said he discovered his wife fatally stabbed after waking from a haze he blamed on cold medicine has pleaded guilty to first-degree murder, multiple news outlets report.

In the early morning hours, Phelps called 911 and told the operator that he had consumed “more medicine than I should have.” He added, “I took Coricidin Cough and Cold because I know it can make you feel good. A lot of times I can’t sleep at night. So I took some.”

Phelps had initially pleaded not guilty. But on Friday, when Judge Paul Ridgeway asked Phelps if he was admitting to the murder, Phelps answered “yes,” according to WRAL. His plea to first-degree murder implies premeditation, countering the possibility that the murder was committed in a cold-medicine induced haze.

In court on Friday, prosecutors said that tests showed the amount of cold medicine he took did not rise to a toxic level.

Phelps will spend the rest of his life in jail.

His lawyer Elliot Abrams told the The News & Observer of Charlotte, “He’s pleading to spend life in prison to avoid the possibility of death.”

As part of the plea agreement, Phelps will not be eligible for parole.

In court Friday, Phelps apologized for his actions and pointed to “drinking, drugs and carelessness.”

“This was a senseless, mindless act and I regret every step that led me in that direction,” Phelps said.

“I feel like a monster, one of the wretched, a part of the darkness we don’t speak of,” he added. “That darkness consumed me until I was blind to the path I had taken and deaf to my own cries for help.”

An autopsy showed that Lauren suffered 123 cuts and stab wounds in the attack at the couple’s two-bedroom Raleigh townhouse. Phelps dialed 911 at about 1:10 a.m. and voiced fears that he was responsible, according to a recording of the call previously obtained by PEOPLE.

“I had a dream, and then I turn on the lights and she’s dead on the floor,” he told the 911 dispatcher. “I have blood all over me, and there’s a bloody knife on the bed, and I think I did it.”

In documents used to obtain seven search warrants after the murder, investigators revealed that tensions had allegedly erupted between the couple over finances; that Phelps allegedly “was spending more money than the couple made”; and that Lauren allegedly “had recently taken drastic steps to limit her husband’s spending,” according to The News & Observer‘s review of those documents.

Despite being married for less than a year, Lauren was “preparing to end the relationship,” the documents allege.

Lauren was a Sunday school teacher and Matthew was studying to be a pastor, a friend told ABC. Matthew’s social media presence shows that he studied missions and evangelism at Clear Creek Baptist Bible College.

In addition, “It was learned that Phelps was obsessed with the movie ‘American Psycho’ and [his] Instagram account shows numerous photographs of scenes from the movie and Phelps dressed as the main character,” a detective wrote in the documents. “The movie is about a serial killer, and Phelps expressed interest to a friend regarding what it would be like to kill someone.”

The documents further reveal that investigators found evidence suggesting Phelps had allegedly cleaned himself up before placing the 911 call, although he did have some blood on him when investigators reached the couple’s home.

On Friday, prosecutors said that when Phelps was interviewed by police after the killings, he showed little emotion and did not shed actual tears.

The Charlotte News & Observer reports that “more than 50” supporters of Lauren were in court Friday morning to watch the sentencing. They wore buttons that featured Lauren’s picture and T-shirts that said #LaurensLight. WRAL estimated the crowd numbered more than 100 supporters. 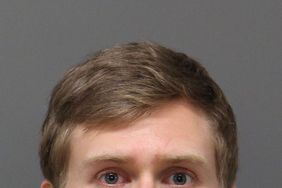 Husband Suspected of Murdering Wife Before Calling 911 Pleads Not Guilty as Defense Says, 'It's a Very Tragic Situation' 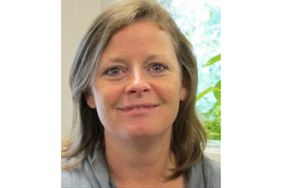 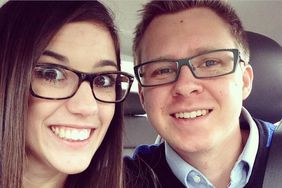