Murderer Depicted in Movie 'True Story' Tells PEOPLE: 'I Don't Feel I Can Be Redeemed'

Played by James Franco in the new movie, Christian Longo was convicted of killing his wife and kids in a shocking 2001 case

The bodies began appearing, one after the other, in the frigid waters near Newport, Oregon, a few days before Christmas 2001.

Zachery Longo, 4, was the first to be found, on Dec. 19; a pillowcase filled with rocks had been tied to his leg. The waterlogged corpse of his sister, Sadie, 3, was discovered three days later, a similar rock-filled pillowcase wrapped around her tiny leg.

And on Dec. 27, divers searching the marina near the condominium where the Longo family lived made another gruesome discovery – the bodies of a third sibling, Madison, 2, and the children’s mother, Mary Jane, 34, were found stuffed inside two suitcases, weighted down by dumbbells.

Local police were eager to question Mary Jane’s 29-year-old husband Christian Longo about the bodies, but he had already disappeared to southern Mexico, assumed the identity of a New York Times reporter and – in between romancing a German tourist he’d met – was busy snorkeling, drinking beer and hitting discotheques.

Mexican police and the FBI finally caught up with Longo nearly a month after the murders and returned him stateside, where a jury sentenced him to death for the four murders, not buying Longo’s defense that he strangled his wife in a fit of rage after discovering she’d murdered two of their children and attacked the third, Madison, whom Longo said he strangled to put out of her misery.

“There is no such thing as a normal murder case where you kill your whole family, but I’ve never seen anything like this before,” says former Oregon prosecutor Steven Briggs, who helped convince the jury that Longo had simply tired of the shackles of domestic life. “It was overwhelming, and it was overwhelming to the community as well. It really hit everyone hard.”

Including Longo – at least, that is, if you believe him. And, not surprisingly, very few people do.

A Murderer Looks Back

Writing to PEOPLE from his six-foot-by-eight-foot cell on death row at the Oregon State Penitentiary in Salem, Oregon, he says guilt is a “pervasive part of my daily existence, the reality that all my frequent nightmares are made from. But I realize I can’t do anything about it now, except to try to live as positively as possible with a view that I don’t deserve the breaths I get to take I don’t feel that I can be redeemed. I believe that some actions are so terrible that nothing can ever atone for them.”

Longo’s terrible actions – the story of which has been turned into the new movie True Story, starring James Franco and Jonah Hill – were painstakingly chronicled throughout his monthlong murder trial that began in March 2003.

Raised in Ypsilanti Township, Michigan, Longo grew up in a strict Jehovah’s Witness household, spending much of his childhood going door-to-door promoting his faith. At 19, he married church member Mary Jane Baker, 26, whom he’d first met in the church parking lot. It wasn’t long before the couple had three young children and mounting financial headaches, thanks to the smooth-talking Longo’s addiction to new cars and boats and bouncing checks.

“He tried really hard to provide for his family and give them all the luxuries of life,” says Cathy Shukait, a longtime friend of Mary Jane’s sisters. “He really loved his family, but he was also just a shady guy who kept getting them all into financial messes.”

To nearly everyone around him, the confident, good-looking Longo appeared to be a squeaky-clean, earnest family man. “He put on such a good act,” recalls Briggs. “One woman testified during the trial that she used to tell her husband, ‘Why can’t you be more like Christian?’ ”

Unbeknownst to his wife, Longo used his computer to print over $30,000 in bogus checks, along with a fake driver’s license that he used to steal a minivan from a car dealership in a neighboring town. Shortly after racking up $100,000 in charges on a credit card in his father’s name and being kicked out of his church congregation, Longo packed his family into the stolen minivan and hit the road, funding their expenses by hocking Mary Jane’s wedding ring and writing bad checks.

In December 2001 they ended up in Newport, Oregon, where Longo managed to find a part-time job at a Starbucks, telling his boss that he’d gotten rich during the Internet boom and didn’t need the money, but took the job because he loved coffee.

His Decision to Kill

Longo had managed to fast-talk his way into an expensive bayside condo. But in the days leading up to the murder of his family on Dec. 17, the reality that his paychecks weren’t going to cover the rent – and that he and his family would soon have to hit the road again – began to sink in.

His decision to kill, insists Briggs, was motivated purely to escape being tied down by Mary Jane and their kids. “He thought his family was getting in the way of him having fun,” he says. “So he took action to kill them, fly to Mexico and party. There was no real indication that he had any larger plans than that. Throughout his history he seemed to live for the moment, steal for the moment, lie for the moment, then worry about the consequences later.”

Minnesotan Tom Taff was camping near the Mayan ruins of Tulum in southern Mexico when he bumped into Longo – who had purchased a plane ticket online using a stolen credit card – several days after the murders. The two started hanging out, partying and exploring the jungles together.

“He seemed like a nice, normal guy,” Taff tells PEOPLE. “He certainly didn t act like he’d killed anyone. He was just this happy-go-lucky guy who seemed like he had the world by the tail, dancing and partying every night. He told me his name was Michael Finkel and he was a reporter for The New York Times.”

When the real Michael Finkel, who had just been fired from the newspaper after inventing a character in an article on the African slave trade, learned what Longo had done, he traveled to Oregon to meet with him in prison and spent years communicating with him. Finkel ended up writing the 2005 book True Story about his time with Longo. It was turned a feature film of the same name, which opens in theaters across the nation on April 17.

“The scariest thing about him is that there is nothing scary about him,” says Finkel. “He’s a witty, very intelligent guy, and I’m still completely flummoxed by what drove him. I don’t believe in the death penalty, but I believe he belongs exactly where he is. He’s despicable to the core.”

His Crusade from Behind Bars

Since 2011, Oregon has had a moratorium on executions. But for the past four years, Longo, who is locked in his cell 21 hours a day, has embarked on a crusade to give death row inmates the right to donate their organs after their executions. “This issue has become my mission,” says Longo, who claims that he’s fueled by “a personal need to do something positive from my circumstances.”

Not surprisingly, those familiar with Longo’s savage crimes and manipulative behavior are less than impressed by his campaign. “I wouldn’t even want to venture an opinion on it,” says prosecutor Briggs, adding that Longo has “never shown any sincere remorse, not that you’d expect that from someone like him.”

Says Shukait: “I hate it and so does Mary Jane’s family. We don’t want any part of him to live. This is all about him trying to be in the limelight and be in control of his demise. We just want him gone. Mary Jane’s family has never healed from this. It’s a pain that never goes away.”

Shukait pauses for a moment, fighting back tears, then asks a question that perhaps no one but Longo can ever answer. “Why couldn’t he let them live?” she says. “Why not send them home on a bus, instead of in four coffins?” 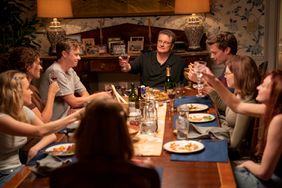 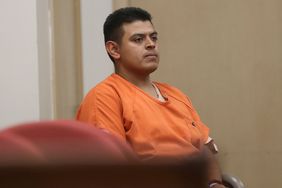 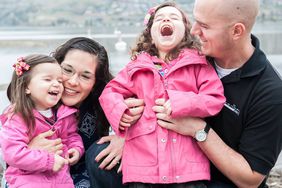 Dad Killed Wife With Sledgehammer, Then Took 2 Young Daughters to Church Before Strangling Them 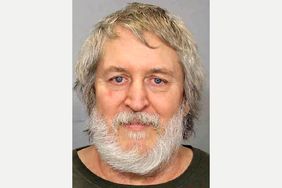