Chris Soules‘ new legal team has released a statement on his behalf.

“Chris Soules has retained attorneys Alfredo Parrish, Brandon Brown, and Gina Messamer of the Des Moines, Iowa law firm Parrish Kruidenier to represent him,” a statement obtained by PEOPLE from the law firm on Thursday reads. “Brown recognized the heightened level of interest because of Soules’ celebrity status, but asked that members of the public do not prejudge this case based on media coverage. Soules’ 911 call, released yesterday, proved that the initial knee-jerk coverage of this accident was incorrect.”

“While initial reports suggested Soules fled the scene, the 911 call confirms that Soules in fact was the one who contacted law enforcement immediately. During the call, he clearly identified himself and explained his role in the terrible accident,” the statement continues. “Soules attempted to resuscitate Mr. Mosher and remained on the scene with him until emergency medical personnel arrived. Soules’ attorneys are exploring the possibility of a gag order to prevent further misinformation from prejudicing Soules’ right to a fair trial.”

“Soules’ legal team is working to gather all of the evidence and review the facts of this tragic collision. They have already filed a demand asking law enforcement to preserve possible evidence and anticipate filing additional motions next week. His attorneys are confident that once all the evidence is made public, it will show Soules acted reasonably and did everything in his power to provide aid to Mr. Mosher,” reads the statement.

The statement concludes: “Due to the nature of the pending charges, neither Soules nor his counsel will be making any statements at this time. Soules and his family request that their privacy and the privacy of Mr.Mosher’s family is respected. Everyone in this close-knit farming community is mourning Mr. Mosher’s passing. Soules offers his sincere condolences to the Mosher family.”

On Monday night, Soules was involved in a fatal car accident that left one man, 66-year-old Kenneth E. Mosher, dead. Hours later at 1:16 a.m. on Tuesday, Soules was arrested and charged with leaving the scene of the fatal car accident, a felony. He made his first court appearance later that day and was released after posting bail on a $10,000 bond.

In audio of a 911 call obtained by PEOPLE on Wednesday, the reality star called police before allegedly leaving the scene of the crash. On the recording, Soules can be heard heavily breathing, apparently shaken up, as he tells the dispatcher what happened in the collision between his truck and the tractor that was driven by Mosher. Before authorities could arrive, Soules allegedly left the scene and his truck.

A spokesman for the Buchanan County, Iowa, Sheriff’s Office tells PEOPLE that after the accident, the 35-year-old walked away from the scene and started heading north. A witnesses told deputies that Soules was picked up by a red truck down the road from the crash, the spokesman said.

Authorities say they have yet to identify the driver. That person could be charged if he or she knew that Soules was leaving the scene of an alleged crime, the spokesman tells PEOPLE. Soules had his cell phone with him and police believe he called a friend or family member to pick him up.

Following his release from jail, a rep for the reality star told PEOPLE that Soules “was devastated to learn that Kenneth Mosher, the other person in the accident, passed away. His thoughts and prayers are with Mr. Mosher’s family.”

Robert Roepke, whose daughter is married to the victim’s son, exclusively told PEOPLE on Tuesday that the collision was a “very tragic, sad accident that took the life of a guy that was just coming home from work.”

Soules is scheduled to appear in court on Tuesday. 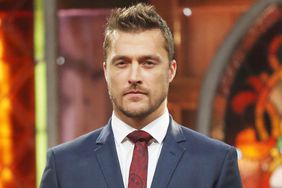 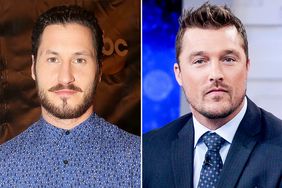 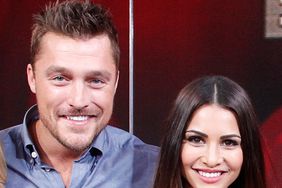 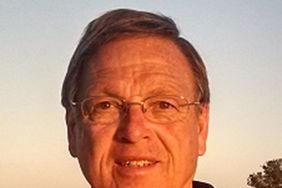