Learning how to manage emotions and deal with adversity can help prevent violence, says Scarlett Lewis of the Jesse Lewis Choose Love Movement

Scarlett Lewis never wanted to return to her farmhouse in Newtown, Connecticut, after her 6-year-old son, Jesse, was killed in the 2012 Sandy Hook Elementary School shooting.

“I thought, ‘I’m never going to be able to go back to the house where I raised my two boys,” Lewis tells PEOPLE on the eve of the 7th anniversary of the massacre on Dec. 14, 2012, that claimed the lives of 6 adults and 20 first graders, including her son, Jesse.

Reluctantly, Scarlett returned home three days after the Dec. 14, 2012, shooting; she had no choice.

“I went back because I’m the one who dressed Jesse in the coffin,” she says. “I went back to get his clothes.”

It was when she was walking through the kitchen that she saw the profound message the first-grader had scrawled on a small chalkboard just before he died.

“As soon as I saw that message, I knew that if our shooter had been able to give and receive nurturing, healing love, the tragedy would never have happened,” she says.

Right there and then, the seeds were planted for the idea for what would become the Jesse Lewis Choose Love Movement.

Lewis founded the program to prevent other families from having to endure the hell that she and other victims’ families have lived through since the day she lost the boy she called her “cuddle bunny.”

The Jesse Choose Love Movement is a free social and emotional learning curriculum that gives kids the tools to manage emotions, be positive, deal with adversity and enjoy healthy relationships.

Launched 7 years ago, the downloadable program is now taught in all 50 states and in 90 countries — in schools, homes, and places of employment.

In July, New Hampshire’s governor implemented the curriculum as part of a statewide security plan.

“Everything else we’ve tried to prevent gun violence hasn’t worked,” says Lewis, who penned a book on her son’s message, Nurturing, Healing Love: A Mother’s Journey to Hope and Forgiveness, with Natasha Stoynoff.

So are mass shootings.

“The only thing that I know that addresses the cause of all of those issues — and therefore is a solution – is social and emotional learning. That is proactive.”

Citing the Department of Homeland Security’s Pathway to Violence, she says a school shooting “starts with a grievance and it ends in an attack.”

Traditionally, the way to fight that has been to train teachers and students in active shooter protocols and create single point entryways into school buildings.

“What we’re realizing now is that the most important part of school safety is the school culture — cultivating a safe, kind, connected, loving, compassionate school culture to prevent a grievance from ever happening,” she says.

If there is a grievance, the Choose Love program gives students and educators the skills and tools to manage it before it escalates into an attack, she says.

“This is actually the number-one way to have a safe school,” she says.

“Kids, teens and adults who learn how to have healthy relationships, how to manage their emotions, how to be resilient to the challenges that they face in life, how to make responsible decisions, are not going to want to harm themselves or one another.”

A Yearbook Unlike Any Other

On Wednesday, Lewis traveled to Brooklyn for the unveiling of “The 2018 Yearbook” memorializing the 37 children who were gunned down in school-related shootings in 2018.

Each victim is remembered with an empty yearbook photo alongside his or her name.

Lewis, along with Julia Cordover, who was class president at the time of the 2018 Parkland shooting; the nonprofit organizations Amani Projects, COMMON and Search For Common Ground announced the debut of The 2018 Yearbook in early December.

Starting Wednesday through Dec. 29, the Yearbook will be on exhibit at the DUMBO Building at 126 Front Street in Brooklyn.

The exhibit includes a timeline of the school shootings that took place in 2018.

Organizers are sending copies to lawmakers, governors and President Donald Trump in hopes of encouraging them to take immediate steps to stop gun violence.

“The time has come for each of us to be part of the solution when we know the question is not if, but when there will be another tragedy,” Lewis said. 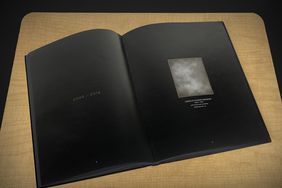 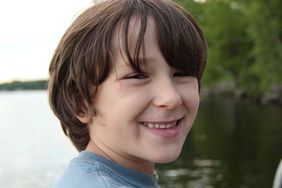 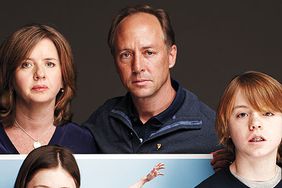