The four victims have yet to be identified

Authorities in Indiana are investigating the murders of a woman and three children, whose bodies were found Wednesday morning inside a home in Fort Wayne.

A statement from Fort Wayne Police alleges the four victims — who've yet to be identified — knew their killer.

Police had identified Hancz-Barron as a suspect in the murders early on and had tracked him to an apartment complex in Lafayette.

The statement says Hancz-Barron is being transported back to Fort Wayne to face four felony murder counts.

Police and medics on Wednesday responded to a home at 10:45 a.m., after receiving reports of a "problem unknown." They arrived to find what one official told WANE was a "gruesome" scene.

It is not yet known how the four victims died.

A motive is also unknown, and while police have said Hancz-Barron knew the woman and three children, it is unclear how they were acquainted.

A representative for the woman's family released a statement to WANE, calling this "a very devastating time for our family."

It continues: "Please give us time to process the horrific events that have occurred today. Our daughter was a very special person to our family. Please be respectful of our family's privacy at this time."

WSBT reports Hancz-Barron has a criminal record, with a prior conviction for robbery.

Hancz-Barron was sentenced to six years in the Indiana Department of Corrections in February, but was allowed to serve that time in home detention.

However, the station, citing court documents, reports that a "notice of escape" was filed on April 20, and a warrant for his arrest was issued. 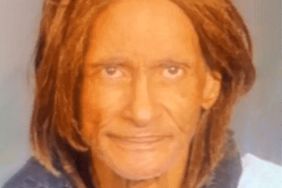