A medical examiner who conducted the autopsy on 8-year-old Cherish Perrywinkle became emotional in court Tuesday as she discussed the last moments of the young girl’s life.

Dr. Valerie Rao was testifying during the trial of Donald James Smith, 61, who faces charges of first-degree murder, kidnapping and sexual battery of the girl. If convicted, he faces the death penalty.

Rao testified that Cherish had sustained severe injuries from being strangled, tortured and raped. As she looked at photos of Cherish’s battered body, Dr. Rao began to cry and asked to take a break.

The testimony came one day after State Attorney Melissa Nelson gave a devastating opening statement. “Cherish did not die quickly, and she did not die easily,” she told jurors. “In fact, hers was a brutal and tortured death.”

The trial has been difficult for the jurors, who have wiped their eyes, covered their mouths and looked away from the grisly crime scene photos, according to Jacksonville.com.

A Fateful Trip to Walmart

According to a police report obtained by PEOPLE, Smith allegedly lured Cherish’s family to a Jacksonville-area Walmart in June 2013, promising to buy them food and clothing.

Cherish’s mother, Rayne Perrywinkle, initially declined to go with Smith, but he allegedly said that his wife had a $100 Walmart card and they would meet her at the store. Rayne Perrywinkle told police that she told him, “I don’t usually go with strangers, but if your wife is coming, then it’s OK.”

Perrywinkle was unaware that Smith was not married and that he was on the Florida sex offender registry. He had been released from prison just 21 days earlier.

The next morning, Cherish’s half-naked body — still wearing the same dress orange dress she wore to Wal-Mart – was found under a fallen tree in a grassy marsh area several miles away.

The defense has tried to suppress several graphic photos of the girl’s injuries, but the judge has ruled that the jury will be able to see them. The jury is currently being selected.

The jury will not hear testimony about Smith’s prior convictions.

According to records obtained by PEOPLE, Smith has a long criminal history. In 1977, he was convicted of lewd and lascivious behavior on a child under 16. In 1993, he was sentenced to five years in prison for the attempted kidnapping of a minor. He is registered as a sex offender.

Last year he pleaded guilty to attempted impersonation of a public employee and attempted child abuse by mental harm. He spent a year in jail and was released just three weeks before Cherish was found dead.

During the defense opening statement, attorney Julie Schlax urged jurors to focus on the law rather than emotion.

The trial is expected to last more than a week.

Death Sentence For Rapist, Murderer of Fla. Girl After Mom Told 911 'I Hope to God He Doesn't Rape Her'

'Burn in Hell:' Fla. Mom Lashes Out at Man Who Raped and Murdered Daughter, 8, After He's Sentenced to Death 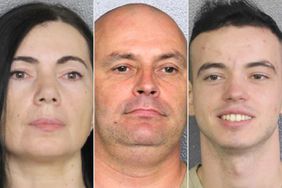 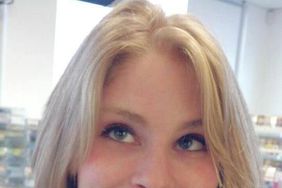 Mich. Man Kidnapped Young Mom From Her Gas Station Job and Murdered Her in 'Torture Sanctuary' 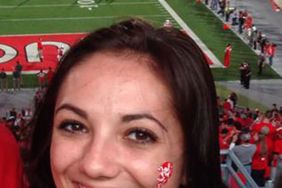 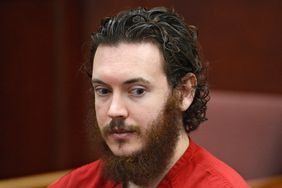 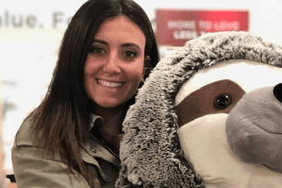