Brooke Skylar Richardson is charged with aggravated murder, involuntary manslaughter and other charges

Attorneys for an Ohio woman accused of killing and burying her newborn daughter want her trial moved to another county, citing what they describe as “prejudicial” media coverage.

Brooke Skylar Richardson, now 20, is charged in Ohio with aggravated murder, involuntary manslaughter, gross abuse of a corpse, tampering with evidence and child endangerment. She has pleaded not guilty.

In a motion filed on Friday, attorneys wanted the trial moved out of Warren County, where she lives.

A court hearing was set for Monday afternoon, but it was abruptly changed. Attorneys for both sides met with the judge behind closed doors. PEOPLE confirms that the judge has denied the request to move the trial, as well as a previous request to dismiss all charges.

The case began to unfold in July 2017, when a doctor told police that Richardson may have delivered a stillborn baby. Police searched the family’s property where they said they found the remains of a newborn girl in Richardson’s backyard — then arrested the teen on multiple charges.

Prosecutors allege that Richardson did not want to be an 18-year-old single mom with college only a few months away. In the months after learning of her pregnancy, Richardson didn’t return for an ultrasound, bloodwork or any other treatment, while ignoring calls from the doctor and assistants, prosecutors have said.

But Richardson’s defense attorneys argued that the baby was stillborn and didn’t meet the legal criteria to be considered a child.

Her trial is scheduled to begin on September 3. 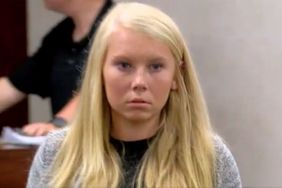 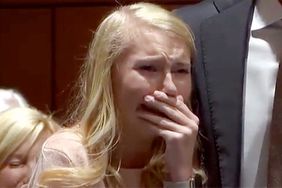 Cheerleader Texted Boyfriend on Day After Newborn's Death: 'I Feel So Much Better This Morning' 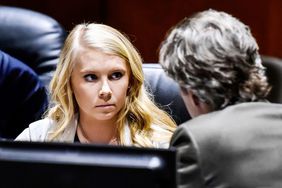