Charlie Sheen is under criminal investigation by the Los Angeles Police Department, PEOPLE has confirmed.

Police received a call on March 31 at 7:45 a.m. for a criminal investigation in the Van Nuys, California area. The LAPD’s threat management unit, which investigates cases involving harassment or stalking, is working on the case, an LAPD spokesperson tells PEOPLE

Rossi filed a lawsuit against Sheen last year in which she alleged in court documents that he hid his HIV-positive status from her while they were in a relationship. Rossi and Sheen were engaged from November 2013 to October 2014. Rossi, 26, also alleged in the complaint that Sheen, 50, threatened her life, and she claimed that he talked about wanting “to murder people he was angry with” and putting a “hit” on her ex-husband.

In an interview with PEOPLE in December, Rossi alleged that she was afraid for her life, saying, “I’m scared he wants to kill me.”

Sheen and his lawyer Martin D. Singer have denied all of her allegations.

“Charlie Sheen intends to vigorously defend the lawsuit filed by Brett Rossi aka Scottine Ross. Numerous witnesses will dispute each and every claim made by Ms. Rossi,” Singer said in a statement after the lawsuit was filed. “We are confident that Mr. Sheen will prevail in this action and also will recover significant damages against her in connection with a pending arbitration that was commenced months ago.”

Charlie Sheen's Ex Brett Rossi Alleges He Threatened to 'Spend $20,000 to Have Her Head Kicked In' 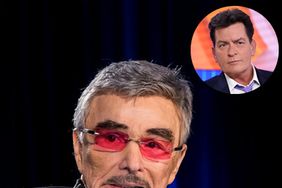