Charlie Sheen has requested a reduction in the amount of child support he pays to ex Brooke Mueller for the former couple’s twins, Bob and Max, according to court documents obtained by PEOPLE.

According to the court documents, the actor currently pays Mueller $55,000 per month for the children, 6. He did not specify what the new amount should be.

In the papers, Sheen argues he should pay less child support now, because he has seen a dramatic decrease in his income from when the agreement was made. According to Sheen, he was once making $613,000 per month while working on Two and a Half Man, which he left in 2011.

Although he admits to selling his rights to the show for a total sum of $26,750,000, Sheen says that he’s currently earning $87,384 on average per month. Because of the difference in income, he says he cannot keep up with the monthly child support payments.

VIDEO: Charlie Sheen Reveals He Was Diagnosed with HIV 4 Years Ago and Says He Has Paid $10 Million in Extortion

The 50-year-old, who recently revealed he is HIV positive, adds that he spends about $105,000 in bills and other fees, and spends an additional $25,00 per month in medical costs not covered by his insurance.

Aside from his monthly expenses, Sheen also says that he has legal fees mounting to nearly one million, as well as credit card debt totaling almost $600,000.

The original agreement was made in February of 2011. A hearing for Sheen’s request is scheduled for April 13.

In his interview announcing that he was HIV-positive, Sheen, 50, told Matt Lauer he was extorted for $10 million by people threatening to make his diagnosis public.

Last month, Sheen appeared on The Dr. Oz Show, where he said he would like to revisit the child support agreements he made with Richards and former spouse Denise Richards, whom he also pays $55,000 a month to in child support for their daughters Sam, 11, and Lola, 10.

“We came up with a number a long time ago and I had a great job and everybody was living large. and that’s not the case right now, but there’s still that expectation to still keep paying this kind of money,” Sheen told Dr. Mehmet Oz. “At some point you just can’t justify it, especially when there’s no gratitude behind it. None. I would send somebody flowers every hour if I got that kind of dough tax free.” 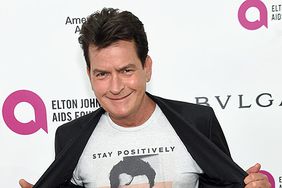 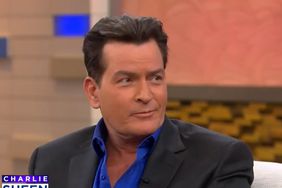 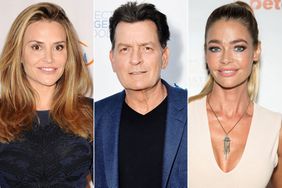