The Two and a Half Men star is back in L.A. – and will take anger management classes

Charlie Sheen and wife Brooke Mueller are planning to undergo counseling after a heated fight at a dinner party in Aspen, Colo., that landed Charlie in jail on domestic violence charges Friday morning.

“They were fighting at a dinner in a friend s house and it continued until the next morning,” a source close to Mueller tells PEOPLE. “Both of them were drinking and neither was supposed to be. They both have histories of alcohol abuse and have made every effort to stop. But things got out of hand.”

“Charlie went right back to Los Angeles after he was released from jail,” the source tells PEOPLE. “Both he and Brooke will undergo counseling and Charlie will get anger management counseling.”

Despite reports, the couple had not been separated in the weeks leading up to the Christmas morning 911 call at the house they were renting with their twin boys, Bob and Max, 9 months.

“Brooke and Charlie have never been separated,” the source tells PEOPLE. “And the boys are fine – so precious. They knew nothing about a fight between their parents.”

Mueller, 32, plans to stay at her rented house in Aspen, and there is no talk of divorce at this time.

“Brooke loves to snowboard and wants to be in Aspen now,” the source tells PEOPLE. “After this unfortunate event, they need to be apart for awhile.” 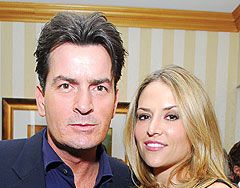 Source: Divorce 'Definitely' a Possibility for Charlie and Brooke 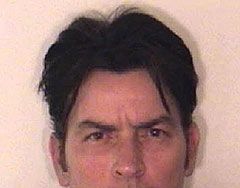 Charlie Sheen Will Be Back to Work as Usual

Charlie Sheen and Brooke's Twins to Stay with Her