Just minutes after his client was found not guilty of murder and spared the death penalty, a subdued Jose Baez declared “there are no winners” in the Casey Anthony case.

“I really do have mixed feelings over the whole situation,” said Baez on Tuesday following the stunning end to the highly publicized trial over the 2008 death of Casey’s 2-year-old daughter Caylee.

Casey was acquitted by the Florida jury of murder and child abuse charges and convicted only of lying to police. She could be released from jail as early as Thursday depending on what sentence she is given in the lesser conviction.

Casey Anthony vs. O.J. Simpson: Which Not Guilty Verdict Was More Shocking?

“Caylee has passed on far, far too soon,” said Baez, “and what my driving force has been for the last three years has been always to make sure there is justice for Caylee and Casey because Casey did not murder Caylee. It is that simple. And today, our system of justice has not dishonored her memory by a false conviction.”

Baez also said the verdict should come as a wake-up call for supporters of the death penalty, which Casey had faced if she had been convicted of first-degree murder.

“The best feeling that I have today [is] I know when I go home my daughter will ask me what did you do today? And I can say I saved a life,” he said.

As for the future of his client, Baez said, “I’m ecstatic for her, and I want her to be able to grieve and grow and somehow get her life back together.” 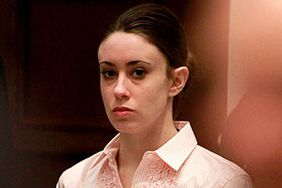 What's Next for Casey Anthony?