A store cashier in Tokyo has been arrested for allegedly using his “photographic memory” to steal the credit card information of 1,300 customers, then using that information to shop online.

Tokyo Metropolitan Police say that Yusuke Taniguchi, 34, worked part-time at a mall in Koto City, a special section of Tokyo, according to reports by CNN and Sora News 24.

He was arrested on Thursday for allegedly using the stolen credit card details to buy $2,600 (270,000 Japanese yen) worth of bags in March, which he then planned to sell at a pawn-shop for money to use on personal expenses, such as food and rent.

Police caught Taniguchi by intercepting the bags on their way to his apartment, instead, delivering the items themselves to arrest the cashier.

After Taniguchi’s arrest, police found a notebook containing the credit card information of 1,300 people. While working the cash register, Taniguchi would allegedly memorize a customer’s 16-digit credit card number, name, expiration date and security code in the time it took to process the purchase — later writing the information down in the notebook.

While people close to the investigation have been telling the media that Taniguchi was able to steal the information with his “photographic memory” experts tell The Washington Post that there is no scientific evidence that photographic memories even exist.

There are, however, eidetic memories, which allow someone to recall an image in great detail after seeing it just once, but the image is never identical, according to Daniel Burns, a professor of psychology at Union College in New York.

“In our mind, a ‘photographic memory’ is being able to look at something and days later call up a picture that’s identical to the actual image,” he told the outlet. “That doesn’t seem to exist.”

Eidetic memories are also extremely rare and primarily found in children 6 to 12-years old, and “virtually nonexistent in adults,” according to a study published in 2011.

Police have not said how much time passed between the moment Taniguchi saw the cards and then wrote them down, but Jennifer Coane, an associate professor of psychology at Colby College in Maine, tells the Post he likely just trained himself to memorize number sequences.

“A lot of people just train much like a gymnast trains or an expert violinist,” she told the outlet, referencing memory competitions such as the World Memory Championships. “You can train yourself to be an expert memorizer.”

CNN reports that Taniguchi has been in police custody for six days and that investigators can hold him for up to 20 before he is charged. There is no news of whether he has hired an attorney.

A Thousand Pounds of Cash 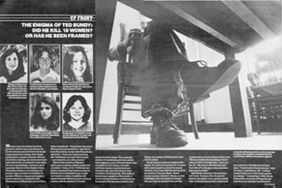