Krystal Jackson, 39, has been charged with four counts of rape and other felonies

A Fresno-area teacher has been arrested and charged with rape and other felonies after authorities say that she repeatedly had sex with a 14-year-old student.

Krystal Jackson, 39, is a teacher at Mountain View Independent School in Reedley, California. According to a press release from the Fresno County Sheriff's Office, the investigation began last Friday, when deputies received a tip about "Jackson engaging in continuous sexual abuse of a 14 year old boy."

"The investigation revealed that Jackson and the boy met at the Dunlap Leadership Academy," the press release alleges. "Over the course of an unspecified amount of time, Jackson had several one on one meetings with the student and sexual misconduct took place."

Her bail is set at $215,000. She remains in custody. She has not yet entered a plea, and court records do not reflect an attorney authorized to speak on her behalf.

The Kings Canyon Unified School District issued a statement to YourCentralValley.com, the website for the local CBS affiliate.

"The safety of students and staff members continues to be a top priority and the district will provide counseling and support services to any students or staff members in need," the statement continues. "The District cannot comment on confidential personnel matters."

Anyone with any information about Jackson or other potential victims is asked to reach out to Detective Jose Leon at (559) 600-8205. 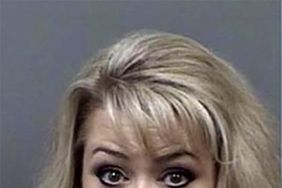