Calif. Mom Accused of Killing 12-Year-Old Son She Tried to Drown Before When He Was a Baby

Sherri Renee Telnas, 45, was arrested Saturday after she allegedly killed her 12-year-old son and seriously injured his 7-year-old brother

A California mother was arrested Saturday after she allegedly killed her 12-year-old son and seriously injured his younger brother.

In a press release, Boone said his office was contacted on June 29 by the Tulare County Sheriff’s Office regarding the April 16, 2008 incident.

Boone said Telnas admitted to attempting to drown her then 10-month-old son in 2008 because “bad thoughts or voices told her to do so,” according to the release.

According to KRTV, Telnas couldn’t go through with it at the time. She gave the boy CPR and brought him to the hospital.

In a plea agreement, Telnas pleaded no contest to two counts of criminal endangerment. Telnas was released in November 2016, KRTV reports.

According to Boone, the boy had since fully recovered and was living with his father.

On Saturday, according to a Tulare County Sheriff’s Office press release, deputies responded to the 18900 block of Avenue 184 in Porterville regarding a suspicious circumstance around 5:30 a.m.

A 911 caller allegedly told dispatchers that a woman — later identified as Telnas — was “acting strangely” as she walked with two boys to a field across the street. The boys were found unresponsive in an irrigation ditch near a cornfield.

Both children were taken to a local hospital, where Jackson died. An autopsy is pending and his cause of death hasn’t been determined yet.

Jacob, 7, is listed in critical condition, according to the press release.

Charges against Telnas have yet to be filed, according to the Tulare County district attorney’s office.

“It is beyond devastating, there is a lot of guilt held by most of my family,” the boys’ aunt Elinor Brown told KFSN. “I am doing everything I can to hold us together as much as possible.”

The boys’ uncle Tim Telnas described Jackson as “very smart, clever, quick-witted, and he was definitely a people person,” according to KFSN.

Telnas is currently being held without bail. She has a court appearance scheduled for Tuesday afternoon. 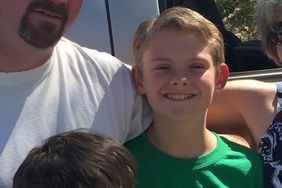 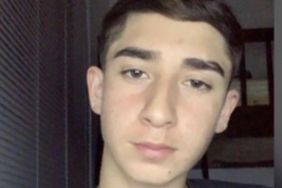