A California father convicted for drugging, sexually assaulting and killing his 14-year-old daughter now wants to change his guilty plea to avoid a possible sentence of life in prison, PEOPLE confirms.

The plea by Mark Edward Mesiti, 49, of Modesto, announced on Oct. 17, cut short his murder trial at which prosecutors were pursuing the death penalty against him for that and other crimes against female minors to which he confessed, Stanislaus County District Attorney Birgit Fladager earlier announced in a statement.

He was scheduled to be sentenced Nov. 28 for conviction of murder and more than 40 counts of sexual abuse of daughter Alycia Mesiti and two other minor girls identified in court documents as Jane Does 1 and 2. Alycia’s remains were found in 2009 buried in the backyard of the family’s former home.

“Mr. Mesiti’s attorneys have informed our office that Mesiti wants to withdraw his plea,” John Goold, a spokesman for the prosecutor, confirms in an email to PEOPLE. A hearing will be convened this week on that request, “which I’m sure we will oppose,” Goold says. “At this point he stands convicted until a judge says otherwise.”

After learning about Mesiti’s reversal, Chief Deputy District Attorney Annette Rees, who has described him as “a highly manipulative, evil man,” said, “While not surprised that the defendant would attempt to delay justice and his sentencing, my thoughts are with the victims and their families, who must continue to endure this defendant’s tactics,” reports The Modesto Bee, which adds that Mesiti plans to request a new attorney.

Mesiti’s daughter was reported missing in August 2007. Her remains were located on March 25, 2009, buried behind Mesiti’s former rental home in Ceres, California, from which he was evicted a few months after she disappeared, according to the Bee.

An autopsy found Alycia died of acute drug intoxication with the presence in her body of opiates, morphine, amphetamine, methamphetamine and other drugs.

Mesiti had been awarded custody of his daughter less than a year before her death, even after a judge was made aware that in the seven years prior, the father had been convicted of state and federal charges that included drunk driving and bank fraud, reports The Mercury News.

Mesiti also had been charged with domestic violence and ordered to attend anger-management classes, and jailed for failing to attend drug- and alcohol- treatment programs, the newspaper reports.

Authorities who arrested Mesiti in Los Angeles when his daughter’s remains were found alleged that he was operating a meth lab, and he was convicted in 2011 of manufacturing meth.

Upon his arrest they also recovered several computers, hard drives, DVDs, CDs and other digital media that showed he possessed “hundreds of thousands of images involving child pornography,” according to the prosecutor’s office.

“Hundreds of those images showed Mesiti’s daughter being sexually assaulted while she was obviously unconscious,” says the prosecutor’s office. “Videos also showed the defendant setting up a hidden camera in the bedroom of an 8-year-old girl who lived in the apartment with him and his girlfriend at the time. Other videos and images showed a 16-year-old female Mesiti had befriended being sexually abused.”

Mesiti was charged with murder with special circumstances in the death of Alycia, along with 48 other felony sexual assault charges.

During the trial that began Oct. 3, Mesiti’s defense attorney Martin Baker argued that Alycia’s diary suggested she was a drug addict, with her writing in one passage that she “wanted to feel nothing,” reports the Turlock Journal.

He said the presumed manner of her death from an overdose “will require a not-guilty verdict.”

But as the trial that was expected to last for months continued, Mesiti’s attorneys offered to have him plead guilty to all counts if the prosecutor would agree not to seek the death penalty, according to the prosecutor’s office.

Prosecutors agreed to the plea — with a sentence of life in prison without parole — if Mesiti would confess to his crimes in open court.

“Mesiti told the court he [abused] his daughter, Alycia, many times over several different occasions,” the prosecutor’s office says. “He admitted having given Alycia drugs on each occasion to make her unable to resist his attacks. Mesiti also admitted that his administration of those drugs caused Alycia’s death.”

“Finally, Mesiti admitted taking many sexually explicit photographs of his daughter Alycia and two other minors under 18 years old,” the statement said. “He also said he molested the two other minors while he lived in Los Angeles.”

Mesiti’s attorneys declined comment to the media after the guilty verdict.

“It’s over,” Alycia’s maternal great-aunt, Roberta Fitzpatrick, said after Mesiti pleaded guilty, according to the Bee. “I just want to put this all behind me, except for honoring Alycia.” 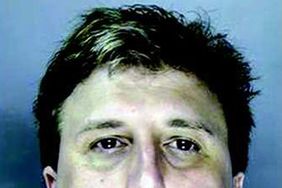