A Calif. Businesswoman Was Killed in an Explosion at Her Spa — and Now Her Ex-Boyfriend Is Arrested

On May 15, 2018, a blast ripped through a day spa in Aliso Viejo, California, killing 48-year-old Ildiko Krajnyak and injuring three others.

Two days later, authorities arrested Krajnyak’s ex-boyfriend and business partner, Stephen Beal, on suspicion of possessing an unregistered destructive device. According to a federal criminal complaint obtained by PEOPLE at the time, investigators found about 130 lbs. of explosives and related materials in his residence, mostly in his garage. Beal allegedly explained that he was a former “model rocket hobbyist.”

Among the recovered items, authorities alleged in the complaint, were two cardboard tubes described as similar to improvised explosives, with 30-inch fuses. Asked about these, Beal allegedly said that he “had not made any bombs,” the complaint alleged.

But the charges didn’t stick. Two days later, prosecutors withdrew their complaint, and Beal, now 59, was free to go.

Ten months later, Beal has again been arrested “in connection with the Aliso Viejo explosion,” Laura Eimiller, a spokeswoman for the FBI’s Los Angeles field office, told the Los Angeles Times on Sunday. Eimiller did not disclose the specifics of the charges against Beal, but authorities will hold a press conference later on Monday.

According to the Associated Press, the FBI broke down Beal’s front and garage doors to search his Long Beach home on Sunday afternoon. Authorities did not disclose what they were searching for.

According to last year’s criminal complaint, Beal is a part-time actor who built homemade fireworks and rockets but told authorities that he lost interest in rockets in 2004, shortly after one of his creations attained Mach 2 speed, The Washington Post reports.

Beal and Krajnyak co-owned the spa that was bombed, and the two previously dated.

According to the Post, Krajnyak was sorting through the mail as two customers looked on. When she opened a package, an explosion occurred.

The Hungarian aesthetician was found dead inside the building, sheriff’s spokeswoman Carrie Braun told PEOPLE last year. The two customers sustained multiple lacerations and were taken to the hospital for treatment, and both survived. A third woman was treated for smoke inhalation and was released at the scene.

According to last year’s criminal complaint, Beal told investigators that he and Krajnyak had recently split, due to financial and issues and a dispute over their sex life. Despite the split, they remained business partners.

Beal remains in custody. It is unclear whether he has an attorney at this time. He has not yet entered a plea. 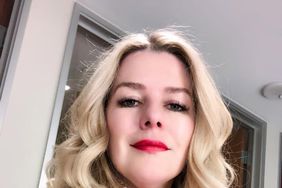 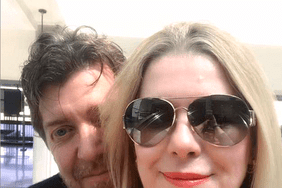