A Killer's Twisted Promise: 'If I Said I'm Going to Come Kill You, I Was Going to Kill You'

Brian Radel placed loyalty and his bond above all else.

As he explains in Monday night’s episode of People Magazine Investigates, on Investigation Discovery, he didn’t kill Lauri Waterman in 2004, in a small Alaska town, because he wanted to kill her.

Radel killed Waterman because a trusted mutual friend asked him to do it.

“If I said I’m going to come kill you, I was going to kill you,” Brian says in Monday’s episode. “I never broke my word.”

He adds: “Whatever I said I was going to do, everybody who knew me knew that I would follow through with it whether I liked it or not.”

Waterman, 48, was killed after Radel kidnapped her from the family’s home in the tight-knit island town of Craig, Alaska, while her daughter, Rachelle, and husband were away.

He planned to stage a drunk-driving accident, and made Lauri — who did not drink — consume several ounces of wine before placing her in the back of her minivan, then driving the vehicle to a remote spot in the woods, where Brian suffocated her and set her body and vehicle on fire.

The friend who requested the killing, according to authorities, was Rachelle’s boyfriend Jason Arrant.

Rachelle, 16 at the time, was experiencing tension with her mom over issues that included her boyfriend, who was several years her senior at at age 24. Their relationship continued a rebellious streak that Rachelle developed in her mid-teens as she tried to break free of her mom, who was a special education teacher’s aide, and her dad, Carl, a real estate agent and president of the local school board.

“Teenage girls always like older guys,” says PEOPLE Executive Editor Cynthia Sanz in the episode. “Rachelle is drawn to Jason because he pays so much attention to her, and he’s infatuated with her. He can buy her beer. He also just really makes her mother angry. It’s a perfect way for her to act out: She has a boyfriend her mother hates.”

Arrant saw Lauri as a barrier to his relationship with Rachelle. But he also saw her as a threat to Rachelle’s safety, based on allegations shared by Rachelle that her mother had struck her or threatened violence over their mother-daughter strain.

Arrant feared Rachelle was stuck in an abusive household and relayed his fears about Rachelle to his buddy Radel. The two were “blood brothers,” Radel says.

Radel says that Arrant, a high school janitor who lived in his mother’s basement, asked him to take Lauri out of the picture. The two later pleaded guilty to murder and testified against Rachelle, who was found guilty of negligent homicide.

“Jason comes to me, he says, ‘We need to protect Rachelle, we need to get her out of the home somehow. … There’s abuse going on, Rachelle’s life was in jeopardy, her mom might kill her,’ ” Radel says on PMI. 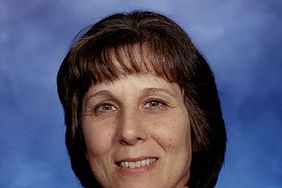 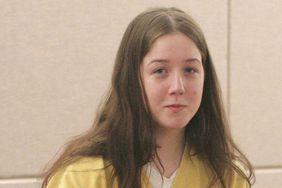 Inside a Teen Daughter's Rebellion That Led to Cold-Blooded Murder 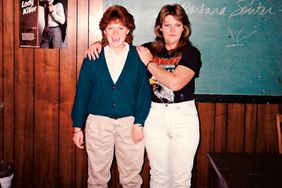