Brian Laundrie, considered a person of interest in Gabby Petito's disappearance, has not been seen since he was reported missing last Friday

Amid an exhaustive search for Brian Laundrie in Florida, the U.S. District Court of Wyoming issued a federal warrant for the 23-year-old's arrest Thursday, according to an announcement from FBI Denver.

Laundrie, who has been considered a person of interest in the disappearance of his fiancée, Gabby Petito, was indicted by a federal grand jury for "use of unauthorized access devices" following Petito's death.

Charging documents allege that Laundrie used an unauthorized debit card with the intent to defraud.

"While this warrant allows law enforcement to arrest Mr. Laundrie, the FBI and our partners across the country continue to investigate the facts and circumstances of Ms. Petito's homicide," FBI Denver wrote in a statement. "We urge individuals with knowledge of Mr. Laundrie's role in this matter or his current whereabouts to contact the FBI."

The announcement comes four days after Petito's body was recovered from Grand Teton National Park in Wyoming. On Tuesday, the FBI confirmed the body was Petito's and said her manner of death was a homicide.

In a statement to PEOPLE, the Laundrie family attorney, Steven Bertolino, addressed the warrant, saying "It is my understanding that the arrest warrant for Brian Laundrie is related to activities occurring after the death of Gabby Petito and not related to her actual demise."

"The FBI is focusing on locating Brian and when that occurs the specifics of the charges covered under the indictment will be addressed in the proper form."

At the time that the warrant was issued, Laundrie's location remained unknown. He was reported missing by family on Friday, launching a manhunt through the 25,000-acre nature reserve where he allegedly went hiking before his disappearance.

Search crews have been scouring snake- and alligator-infested swamps since Saturday with no luck finding Laundrie.

Petito and Laundrie were engaged and traveling across the United States in a repurposed Ford Transit van.

They set out on their trip in early July, leaving from Florida and stopping in New York before heading west.

Petito, an aspiring social media influencer, had been documenting her travels on YouTube.

What to Know About Gabby Petito's Disappearance and Death

In August, the couple arrived in Utah. While in Moab, police officers received a call about a domestic dispute involving Petito and Laundrie, in which a 911 caller said he saw Laundrie "slapping" her. They located and pulled over the couple to investigate the claims, and their interaction was captured on body camera footage. During the encounter, Laundrie admits to pushing Petito.

The police encounter ended with a tearful Petito and calm Laundrie agreeing to separate for the night and get some space from one another.

The couple had apparently stopped in Grand Teton National Park on Aug. 25, the same day Petito's mother says she last spoke to her.

Following their last phone conversation, Petito's mother received an "odd text" from her daughter's phone — one that she doesn't believe Petito wrote.

Petito was reported missing on Sept. 11 — 10 days after Laundrie allegedly returned to his parents' North Port, Fla., home in their van, alone.

Laundrie was soon named a person of interest in Petito's disappearance.

The next week, after days of allegedly refusing to cooperate with the investigation, Laundrie's parents informed the FBI that Laundrie himself had gone missing.

Any possible details about Petito's death and Laundrie's whereabouts may be submitted to the FBI at tips.fbi.gov, 1-800-CALL-FBI or 303-629-7171. Investigators reminded the public Thursday that "no piece of information is too small or inconsequential to support our efforts in this investigation." 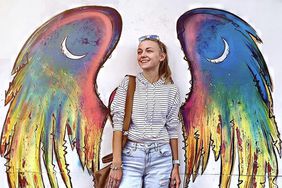 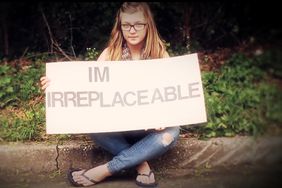