In 2006, a 16-year-old high school sophomore received a life sentence for his alleged role in the murder of 25-year-old Wisconsin photographer Teresa Halbach. Last week, a federal judge reversed Brendan Dassey’s conviction, leaving the state three months to appeal before the 26-year-old is freed. For PEOPLE’s in-depth look at the case, pick up this week’s issue on newsstands Friday or subscribe now

Legal experts familiar with Brendan Dassey’s case tell PEOPLE the 26-year-old – who, along with his uncle, Steven Avery, was the focus of Netflix’s Making a Murderer docuseries – will likely remain in prison for at least the next year, even though a federal judge overturned his 2006 murder conviction last week.

“I think the attorney general of Wisconsin will appeal Friday’s decision because the supreme court of Wisconsin affirmed the verdict with pretty much the same facts in front of it,” explains Joe Friedberg, a Minnesota defense attorney who was not involved in the case but is familiar with Dassey’s case. “I think the attorney general will feel compelled to defend the supreme court’s decision.”

Because the wheels of justice tend to churn at a sluggish pace, Friedberg anticipates Dassey will remain a resident of Columbia Correctional Institution in Portage, Wisconsin, for the next three years.

Erica Suter, an appellate and post-conviction relief attorney based in Washington, D.C., also thinks last week’s opinion will be appealed, but says she’d “be shocked if it is reversed. I felt like it was a very reasoned decision that should stand.”

Suter thinks any appeal would merely delay Dassey’s inevitable release, and claims the state “doesn’t have much of a case” against him.

To read more about the latest in Brendan Dassey’s case, pick up this week’s issue of PEOPLE on newsstands Friday.

“We are really kind of in an interesting era, where the media attention coming to these cases gives defendants more traction and more of an opportunity to actually be heard,” Suter says. “The state is getting that same degree of scrutiny. I would not be surprised if it took another year or two to wind its way through the system if there’s an appeal.”

Julius Kim, who had worked as an assistant district attorney in Wisconsin’s Milwaukee County, tells PEOPLE he’d be surprised if the state didn’t file an appeal. Prosecutors want to preserve the convictions they win, he says.

“If the appellate court rules in their favor, then the conviction stands,” Kim explains. “That would be the easiest way to handle this. Why go through the hassle, the cost, and the risk of trying this case again? The court of appeals could reverse the federal judge’s decision.”

Kim claims “the underlying charges coupled with the high-profile nature of this case” make it ripe for appeal.

“I think the AG’s office will do everything it can to preserve the conviction, because if they don’t appeal, it could be viewed as a silent confession that they did something wrong to secure the conviction in the first place,” he said.

In all likelihood, Kim says the state will appeal, and could even move to retry Dassey. “In the end, if they wanted to pursue the case, they could always offer Dassey a last-minute deal,” Kim explains. “I think it is possible that they’ll offer him a deal he couldn’t refuse, like time served in exchange for a conviction.” 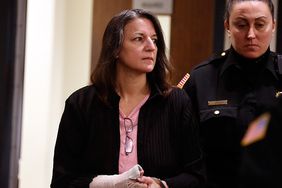