Robicheaux is a prominent orthopedic surgeon who in 2014 appeared on the Bravo reality dating series Online Dating Rituals of the American Male. In 2013, Robicheaux was named “Bachelor of the Year” by Orange Coast Magazine.

At a Tuesday press conference, Orange County District Attorney Tony Rackauckas said investigators found on Robicheaux’s phone videos of sex acts with other women “where the women in the videos appear highly intoxicated beyond the ability to consent or resist and they’re barely responsive to the defendants’ sexual advances.”

In an interview with the Los Angeles Times, Rackauckas said there were a “substantial number of videos. I cannot tell you if it is tens or hundreds, it is certainly more than tens.”

Rackauckas said at the press conference, “We don’t know if [the suspects] videoed all of their sex acts but many are on the videos that we have not yet identified.” He added, “We don’t know how many victims there might be out there, but we ask you to come forward.”

Rackauckas said the women in the videos may not be just from the Orange County area: Robicheaux went to the Louisiana State University for undergraduate and medical school where he graduated from in 2007, did a post-graduate fellowship in New York before doing a residency in Orange, California.

Riley has also been charged with the same felony counts as Robicheaux with an exception of possession of an assault weapon.

According to the Los Angeles Times, each suspect is free on $100,000 bail each. PEOPLE’s calls to the suspects were not immediately returned.

According to the statement from prosecutors, in April 2016, Robicheaux and Riley allegedly met a 32-year-old at a restaurant in Newport Beach before inviting her to a boat party. Once she was heavily intoxicated with substances they gave her and unable to resist, the pair allegedly brought her back to Robicheaux’s apartment and raped her.

The woman filed a police report the next day and tested positive for “multiple controlled substances.”

A second woman allegedly drank with the pair at a bar in Newport Beach on Oct. 2 before they took her to Robicheaux’s apartment and began “sexually assaulting her with intent to commit rape.”

The woman awoke and allegedly screamed for help, prompting a neighbor to call the police.

According to the police statement, the weapons charges against Robicheaux stem from a police search of his home in 2014 when police allegedly found “large quantities of illegal drugs, two illegal, unregistered assault rifles, four other firearms, and several large capacity magazines.”

NBC News reports that Robicheaux was a surgeon for the NewportCare Medical Group, which has removed his name from its website. According to NBC, the company described him as a board-certified orthopedic surgeon specializing in “traumatic and sports-related injuries,” arthritis and aging issues.

The lawyers for the suspects, Philip Cohen and Scott Borthwick, issued a joint statement to PEOPLE denying “all allegations of non-consensual sex.”

The statement said the couple “have been aware of these accusations for a number of months, and each of them will formally deny the truth of these allegations at their first opportunity in court. Dr. Robicheaux and Ms. Riley believe that such allegations do a disservice to, and dangerously undermine, the true victims of sexual assault, and they are eager to have the proper spotlight shed on this case in a public trial.”

The statement added, “It must be noted that none of the allegations in this matter relate to or concern Dr. Robicheaux’s medical practice or patients in any way. They both thank their families and friends for their continued support.” 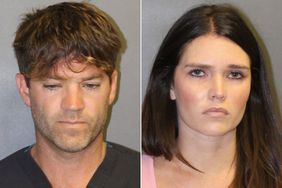 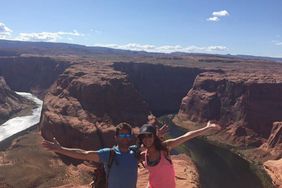 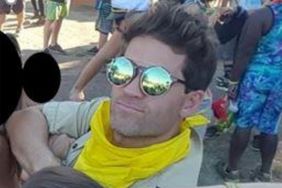 Husband of Ex-Substitute Teacher Accused of Assaulting Women with Reality Doctor Says, 'She's Not a Monster'