Kim Kardashian West is among those advocating a stay of execution for the man scheduled to die on Dec. 10

The Trump administration's post-election push to carry out federal death-penalty sentences — with two more people scheduled to die before Joe Biden takes office — has rallied opponents who hope to save the life of a 40-year-old man who committed his crime when he was 18.

Among those trying to stop the Dec. 10 execution of Brandon Bernard is the prosecutor who won the guilty verdict against him for the 1999 double murder of youth ministers Todd and Stacie Bagley during a carjacking and robbery, in which Bernard was one of three participants but did not pull the trigger.

Angela Moore, a former US. attorney, now argues that Bernard should be spared, citing recent research on teen brains that suggests Bernard, who she describes as a model reformed prisoner, "lacked an adult’s capacity to control his impulses, consider alternative courses of action or anticipate the consequences of his behavior" at the time of the crime.

Also taking up Bernard's case is Kim Kardashian West, the reality TV star and justice reform advocate who successfully petitioned President Donald Trump in 2018 to commute the life sentence of Alice Marie Johnson, who was sentenced for a first-time nonviolent drug offense.

"First, I want to say that a terrible crime was committed and me fighting for a stay of execution does not take away from the sympathy I have for the victim's [sic] Todd and Stacie Bagley, and their families," Kardashian West wrote in a series of tweets Sunday. "My heart breaks for everyone involved."

"While Brandon did participate in this crime, his role was minor compared to that of the other teens involved, two of whom are home from prison now," she continued.

"In fact, Brandon was not a part of the initial carjacking that took place and was stunned when the robbery turned into a homicide with one of the other teens shooting both Todd and Stacie in the head," Kardashian West wrote.

"The gunman then turned to Brandon, gun still in hand, and told him to light the car Todd and Stacie lay in on fire to destroy the evidence," she tweeted. "Brandon believed both were dead, though Stacie was not, and was fearful for his own life, so he made the terrible decision to comply."

Since July, when that hiatus ended, the Trump administration has executed eight people — including, in September, Christopher Andre Vialva, 40, who was convicted alongside of Bernard for the Bagley murders.

According to the Justice Department, Todd Bagley had stopped to use a payphone in Killeen, Texas, when he agreed to give a ride to Vialva and two others.

Once in the victims' car, Vialva pulled a gun and ordered the Bagleys into the trunk, then drove for several hours while stopping at ATMs to withdraw money from the couple’s bank account and trying to pawn Stacie Bagley’s wedding ring.

"While locked in the trunk, the couple spoke with their abductors about God and pleaded for their lives," the Justice Department said in a news release. "Vialva eventually parked at a remote site on the Fort Hood, Texas, military reservation, where an accomplice doused the car with lighter fluid as the couple sang and prayed. Vialva then shot Todd Bagley in the head, killing him instantly, and shot Stacie Bagley in the face, knocking her unconscious and leaving her to die of smoke inhalation after an accomplice set the car on fire."

(The murders became a federal case because they occurred on land owned by the U.S. military.)

The accomplice who lit the fire, according to the Justice Department, was Bernard. Both he and Vialva, who were prosecuted as adults, were convicted of two counts each of murder, among other crimes. Three minors who were involved were sentenced to between 20 and 35 years in prison, with only one still behind bars, reports The New Yorker.

Vialva — 19 at the time of the killings — was the first federal inmate executed for a crime committed as a teen in more than 70 years, reports the Death Penalty Information Center, which tracks such data.

He also was the first Black man executed by federal authorities since Attorney General William Barr announced the plan to resume executions, reports the Times.

Without intervention, Bernard is scheduled to die by lethal injection at the federal penitentiary in Terre Haute, Indiana.

"I think executing Brandon would be a terrible stain on the nation’s honor," Moore, the prosecutor, said, revealing her change of heart in an op-ed published last month by the Indianapolis Star.

"For one thing," Moore wrote, "I know that in the 20 years since Brandon was sent to Death Row, science has made dramatic strides in understanding the youthful brain. In 2000, it was not widely appreciated that the brain remains physically immature well past age 18. Since then, science has established that the structures of the brain are not fully developed in young men until they are 25 or 26."

She also wrote: "Another troubling fact revealed by recent research is that people tend to view Black boys – like Brandon – as more blameworthy than their white counterparts, even where other relevant circumstances are identical. ... Black teens like Brandon are systematically denied the 'benefit' of their youth, which is outweighed by their race in the eyes of police, prosecutors, judges and jurors."

"Through time and experience, I have come to appreciate that a teenager who takes part in committing a terrible crime may transform over the years into a thoughtful adult," wrote Moore. "From everything I have read, it appears that Brandon is just such a person – someone who, even in prison, has maintained rich relationships with his loved ones and worked to find meaning in his life by helping at-risk teenagers avoid a criminal path."

She added: "Several of the jurors who voted for Brandon’s death sentence, having reflected further on his case and having learned more about his background and successful adjustment to prison, have disavowed their death verdict and publicly called for Brandon’s life to be spared."

"They do not doubt his guilt, and are not asking for him to be released, but they do feel he should be allowed to live out the rest of his life in prison," she wrote.

"I have come to feel the same way."

More than 18,000 people have written to the White House on Bernard's behalf, reports The New Yorker.

One who has not, according to the magazine: Todd Bagley’s mother, who has voiced her support for the execution. 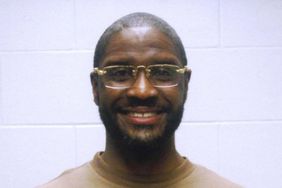 Brandon Bernard, 40, Executed for 1999 Double-Murder: 'Wish I Could Take It All Back' 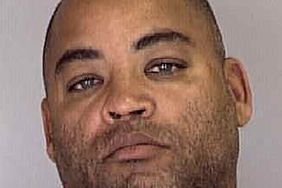 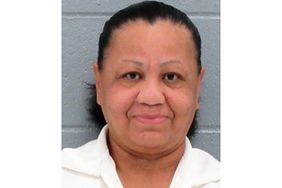 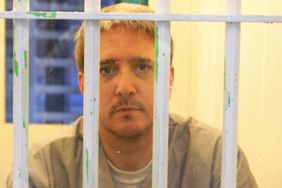 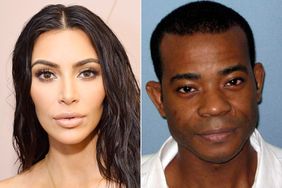