Authorities announced on Saturday that they found a body in Northern California near the spot where a Washington family was killed after their SUV plunged off a cliff. Police said they have yet to determine whether the body belongs to one of the family’s missing children.

The Mendocino County Sheriff’s Office said they received a call around 2:00 p.m. on Saturday from the California Highway Patrol, informing them about a body that had been found “in the surf” around Highway 1, an area which is “in the immediate vicinity of the recent Hart Family crash.”

On March 26, five of the eight members of the Hart family — parents Jennifer and Sarah and three of their children — were discovered dead after their vehicle was found at the bottom of a 100-foot cliff off the Pacific Coast Highway in Northern California, authorities have said.

Authorities have also said that Devonte, 15, Hannah, 16, and Sierra Hart, 12, remain unaccounted for and are feared dead.

The body found on Saturday “appears to be that of an African American Female but the age and a positive identity could not be determined,” according to a press release from the Mendocino County Sheriff’s Office.

“The Sheriff’s Office is investigating the possibility that the body may be one of the two missing Hart girls but identification will most likely be done through DNA analysis, a process that can take several weeks,” the Mendocino County Sheriff’s Office continued, adding that an autopsy would be conducted on Tuesday.

According to the authorities, there have been “no other signs of the other missing Hart children.”

Last week, California authorities announced they believe the Harts’ SUV may have been purposefully driven off the cliff, citing information officials pulled from the vehicle’s software.

At a news conference, Capt. Greg Baarts with the California Highway Patrol’s Northern Division told reporters that before the crash, the vehicle had been stopped at a pull-off area of the road before it sped off the steep rocky face and plunged down toward the water.

Baarts explained that computer information, combined with the lack of skid marks, led investigators to believe that the fatal crash was not an accident.

Though police think the crash may have been intentional, they have declined to discuss a motive or comment on whether a link exists between the crash and child abuse allegations in the family’s past.

Three days before the crash was reported, Washington State Department of Social and Health Services received a call reporting that the six Hart children appeared to be “potential victims of alleged abuse or neglect,” Norah West, the department’s spokeswoman, previously told PEOPLE.

That abuse accusation was not the first made against the Hart parents: Records previously obtained by PEOPLE show that while the family lived in Minnesota before moving to Oregon, Sarah pleaded guilty to domestic assault after hitting daughter Abigail, then 6.

During police questioning, Sarah admitted to letting her “anger get out of control” and to spanking Abigail, according to the criminal complaint against the mother. But according to the Oregonian, Abigail said it was actually Jennifer who hit her.

Longtime friend of the family Zippy Lomax recently told PEOPLE that she believed the crash was an accident.

“Am I saying they’re perfect? Am I saying they didn’t have problems? Not by a long shot. They were human,” Lomax explained. “I’m sure they needed help just like so many of us do and I think that was the tragedy, and I still cannot believe for a second that this was an intentional thing.”

“It’s baffling,” Lomax continued, adding that she and the rest of the family’s friends don’t “want to jump to conclusions and we don’t want to shy away from looking at the possibilities [but] we’re waiting for more conclusive reports. I feel like it’s really too early.” 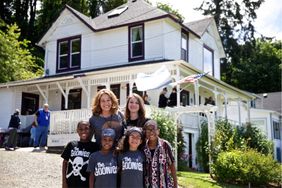 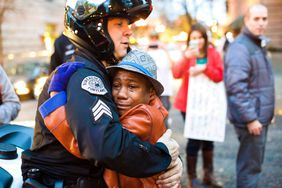 Bodies of Sarah and Jennifer Hart Were Unrecognizable After SUV Plummeted Off Cliff: Expert 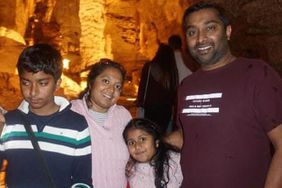