Lori Vallow's husband remains behind bars on a $1 million bail

On Wednesday, Chad Daybell made his first court appearance before a Fremont County judge via video conference. Daybell has been charged with two counts of destruction, alteration and concealment of evidence.

During the hearing, Madison County Prosecutor Rob Wood claimed that the bodies' identities have not been publicly confirmed yet, but are bodies of children. He also said "the manner of concealment" of one of the bodies was "particularly egregious."

Daybell is currently under investigation for potential murder, attempted murder and conspiracy charges in the death of his first wife. His current wife, Lori Vallow, is behind bars on a $1 million bond after being arrested in February on charges of failing to produce her two missing children, 7-year-old Joshua “J.J.” Vallow and 17-year-old Tylee Ryan, to police.

The children disappeared amidst a trail of strange deaths both before and after Daybell and Vallow's November marriage.

Now, Daybell is being investigated in Idaho, where he lived at the time with his previous wife, Tammy, who died just two weeks before he and Vallow got married. No charges against Daybell or Vallow have been filed as of now in connection with Tammy's death.

On Tuesday morning, Rexburg police, along with the Fremont County sheriff's office and FBI, executed a search warrant of Daybell's property.

It was the second major search of the property this year— the first being in January.

Vallow remains jailed in Madison County, Idaho, on felony counts of desertion and nonsupport of dependent children, as well as resisting or obstructing officers, criminal solicitation to commit a crime, contempt of court and willful disobedience of court process or order for failing to produce the two kids. She has pleaded not guilty.

Daybell remains behind bars on a $1 million bail.

Madison County Prosecutor Rob Wood said during the hearing, "One of the primary reasons we are asking the bail be set in that amount is the evidence that has been concealed in this case -- it’s not simply a document, drugs, a gun. These are human remains. ... We are aware that those remains are the remains of children, which we believe is an aggravating factor."

Daybell's attorney, John Prior, could not be reached for comment Wednesday. If found guilty of both charges, Daybell could face 10 years in prison. 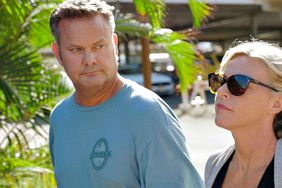 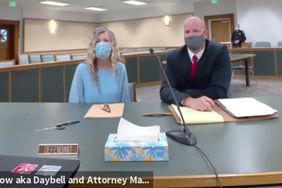