College Student Murdered on Break Was Killed by Former Classmate Because He Was Gay: Prosecutors

Blaze Bernstein's body was found in a shallow grave in January in an Orange County, California, park — and Samuel Woodward is charged with his murder

California prosecutors now believe a gay college student was stabbed to death while he was home on winter break this year because of his sexual orientation, PEOPLE confirms.

On Thursday the Orange County district attorney announced that a hate-crime sentencing enhancement had been added to the murder charge against 21-year-old Samuel Woodward, a high school classmate of Blaze Bernstein, 19.

Woodward is accused of fatally stabbing Bernstein more than 20 times in early January. The teen’s body was found in a local park days later, in a shallow grave.

“We will prove that Woodward killed Blaze because Blaze was gay,” Tony Rackauckas, the D.A., said at a news conference on Thursday, according to the Orange County Register.

In a news release obtained by PEOPLE, Rackauckas said the anti-gay allegation was based on Woodward’s digital activities — evidence obtained from his “cell phone, laptop, and social media” — that “revealed the dark side of [his] thoughts and intentions.”

On Thursday Rackauckas described that information as including many “graphic and chilling” text messages and photos that “spew[ed] hate toward almost every protected group,” the Register reports.

“They could be described as racist, homophobic, anti-Semitic, misogynistic and anti-government,” he said.

However, at this time prosecutors reportedly said there was not evidence of an anti-religious motivation in the death of Bernstein, who was Jewish.

His father, Gideon, described the latest accusation in wrenching terms, according to the Register: “Today we suffer an added layer of pain for learning he was killed for who he was as a human being.”

Prosecutors have said that Bernstein was killed sometime after Woodward picked him up from his house in Lake Forest abut 11 p.m. on Jan. 2.

Bernstein had returned home from the University of Pennsylvania to be with his family while on break from school, where he was studying pre-med.

After Woodward picked him up, they went to the parking lot of a shopping center in Foothill Ranch before driving to Borrego Park back in Lake Forest, according to authorities. There, prosecutors suspect, Woodward stabbed Bernstein then buried his body in the brush surrounding the park.

Bernstein’s family reported him missing on Jan. 3 after he missed a dental appointment.

After an eight-day investigation — which included a team of 25 search and rescue deputies, police dogs, drones and helicopters — his lifeless body was found.

Bernstein and Woodward, who attended the Orange County School of the Arts together, have given conflicting accounts of their relationship. Months before he was killed, Bernstein suggested to friends that there was a romantic connection between them, but Woodward allegedly said otherwise when questioned by police.

According to an affidavit from investigators, previously obtained by the Register before it was sealed, Woodward allegedly told detectives that Bernstein kissed him on the lips after they met up in January but that he pushed Bernstein away.

While recounting that part of his story, Woodward “clenched his jaw and fists” as he recalled that “he wanted to tell Bernstein to get off of him,” the affidavit alleges.

However, the affidavit also revealed that in June 2017, Bernstein texted two female friends about Woodward, the Register reported.

In one conversation, he texted that Woodward was about to “hit on me” and “he made me promise not to tell anyone … but I have texted every one, uh oh,” according to the affidavit, as described by the paper.

The Register further reported that Woodward was allegedly a member of a fascist group called the Atomwaffen Division “whose members see themselves as soldiers preparing for an impending race war,” according to the Anti-Defamation League.

Woodward, who was arrested on Jan. 12, has a preliminary court hearing scheduled for Aug. 22. His attorney could not be reached for comment on Friday.

He has pleaded not guilty. If convicted, he faces a possible life sentence in prison without the possibility of parole.

At the time of his death, Bernstein had just become the managing editor of Penn Appétit, a food magazine at the University of Pennsylvania, and was planning to study pre-med.

On his last night alive, his parents said he was as happy as they had ever seen him.

“He had a glow about him,” his mom, Jeanne Pepper Bernstein, told PEOPLE in January. “He was in a good place. He was really happy. He was shining.”

In a statement this week, his parents said, in part: “We live in a world where hate is real and the people that practice it can be hiding in your home in your child’s computer.

“We continue to look towards the future and what we can do to make a difference. … If we all started doing something about hate and about intolerance — we could change the world in a good way to prevent this type of heartache and injustice from happening again.” 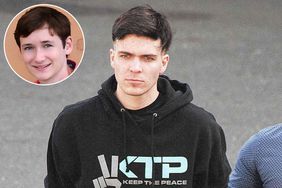 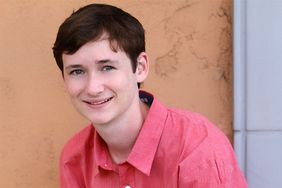 Slain Student Blaze Bernstein's Parents on His Last Night Alive: 'He Was Shining' 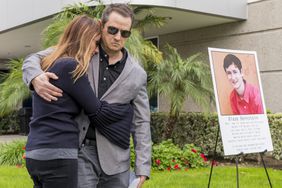 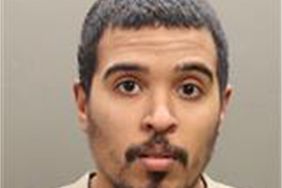