Camille Cosby vehemently supported her husband, Bill Cosby, in the past, but has yet to comment on his recently exposed admissions of infidelity

With the number of Bill Cosby supporters rapidly shrinking, all eyes are turning to his most steadfast ally, his wife of 50 years, Camille.

When allegations of sexual assault accumulated against the comedian last year, Camille O. Cosby came to his defense with a statement assuring the public her husband “is the man you thought you knew.”

But after the release of previously sealed court documents in which Cosby acknowledges having multiple extramarital affairs, using drugs with women and attempting to conceal his behavior to protect “Mrs. Cosby,” the question now becomes whether Camille will continue to stand by those words.

A source tells PEOPLE that little has changed in the Cosby marriage since the documents were revealed, and Camille, who celebrated her 50th wedding anniversary with Cosby in January, will almost certainly stand by the embattled legend.

In that statement, Camille also accused the media of a rush to judgment, and likened the situation to Rolling Stone‘s botched reporting of rape allegations at the University of Virginia.

She also received criticism for implying her husband was the real victim in this case, saying, “None of us will ever want to be in the position of attacking a victim. But the question should be asked – who is the victim?”

Camille asserted her husband, the father of her five children, “is a kind man, a generous man, a funny man, and wonderful husband, father and friend.”

This is not the image of the man portrayed in the nearly 1,000-page deposition transcript obtained by The New York Times on Saturday.

During a four-day round of intense questioning in 2005 and 2006, Cosby provided an array of detailed information on extramarital relationships with various women over decades – which he said were consensual.

In 1996, Cosby publicly admitted to an affair with Shawn Upshaw after her daughter, Autumn Jackson, attempted to extort $40 million from him by threatening to expose him as her father.

During Jackson’s trail, the comedian testified to paying Upshaw $100,000 over 20 years to keep the affair a secret.

Camille decided to put the incident behind her, explaining to Oprah Winfrey in a 2000 interview, “You cleanse yourself of all of that baggage, and you look at each other and determine whether the relationship is worth salvaging, whether you really love each other and want to be together.”

But the infidelities apparently continued. In his efforts to hide his womanizing from his wife and the public, Cosby blocked a magazine article from publication and snuck money to women through his agent, according to the Times.

In the deposition, he also describes bringing one of his alleged victims, Andrea Constand, to his family home in Pennsylvania and paying for her education in order to keep her quiet about the affair.

Cosby told attorneys that he believed his wife knew he was helping Constand with her schooling, but he added, “My wife would not know it was because Andrea and I had had sex.”

Although she has shunned the spotlight, Camille Cosby has long been a figure in her husband’s comedy. Born in Washington, D.C., she met Cosby on a blind date while studying psychology at the University of Maryland, and she dropped out of college at the age of 19 to marry him in 1964.

“I never felt overshadowed, but I looked up to Bill,” she told Winfrey in 2000. “He is seven years older than I, and he has always had a maturity, even when he was 26, when we married. So I respected his wisdom and his knowledge.”

The Cosbys raised five children, Erika, Erinn, Ensa, Evin and Ennis, and theirs was celebrated as a successful, grounded Hollywood marriage.

Determined to fulfill her own intellectual needs, she went back to college in her mid-30s. “When I did, my self-esteem grew,” she told Winfrey. “I got my master’s, then decided to get my doctoral degree. Education helped me to come out of myself.”

She remains devoted to educational causes, and along with her husband, she gives millions to colleges and scholarships.

Despite being a “very private person,” Camille, a source says, is not shy or retiring – she’s been a strong, driven woman with a passion for education.

As she told Winfrey, “My name is Camille, not Bill.” 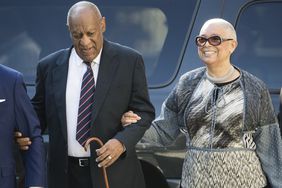 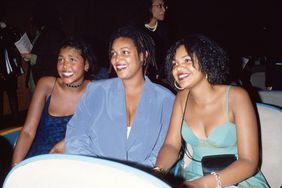 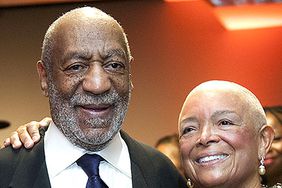 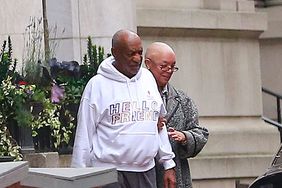 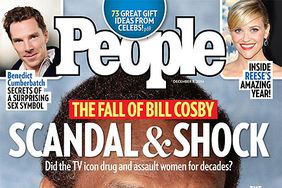 Bill Cosby's Children: The Troubles and Tragedy of a Famous Family 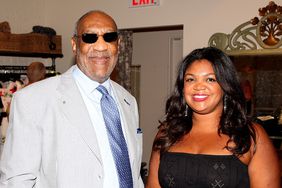 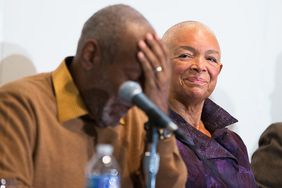