According to an expert on sentencing, there is a decent chance Bill Cosby will never see the inside of a prison cell — depending on how long the appeals process drags on.

Los Angeles defense attorney Brian Claypool tells PEOPLE there is no question Cosby’s lawyers will appeal Thursday’s conviction and he anticipates they will seek appellate bond at his upcoming, as-yet-unscheduled sentencing hearing. Cosby’s lawyer has said the comedian will appeal.

“He has a good shot at posting an appellate bond, and then he’ll be out on house arrest, which is basically what he’s on now,” Claypool says. “That is important. It could take a couple of years — the appeal — and they will go all the way to the state supreme court, and I think he’ll be on house arrest the entire time. He had a hung jury on the first trial and that will play into whether or not he goes home during as they appeal.”

Claypool adds: “He could end up never serving any time. The appeals process could drag on for years. He’ll be on house arrest for several years — probably five.”

Still, Cosby will be sentenced — appeal or no appeal — within the next three months.

When he is, Claypool says the sentencing judge will have several factors to consider.

“The judge’s decision won’t be off the cuff,” Claypool says. “[The prosecution has to] work up the investigative [reports]. There will also be victim impact statements at the sentencing hearing as well. The court has to consider aggravating and mitigating factors.”

Claypool, a survivor of the 2017 Las Vegas mass shooting, tells PEOPLE the chief aggravating factor against Cosby will be “what the effect these assaults had” on the women who testified against him at trial. “The court will look at victim impact statements and that will factor into the sentence,” he adds.

On the other hand, Cosby has no previous criminal history. “That will work in his favor,” Claypool explains. “Also, there will be family members and famous people, folks from the community who know him. They may step up add say what a good guy he is.”

A Lighter Sentence Because He’s Elderly?

Claypool expects the comedian will receive a lighter sentence because he’s elderly. “The judge won’t say that overtly, but it will weigh into his sentence,” he says. “The judge will consider it all; it’s not some unilateral thing the judge does. It is based on tangible evidence, but there is discretion — the judge can use his discretion.”

Claypool estimates that Cosby — who faces 5 to 10 years on each of three counts he was convicted on — “will get 5 to 7 years on each one, meaning he’ll be sentenced to 15 to 21 years. He will not get the maximum of 30 years but he won’t get the minimum either. The judge will do a sort of balancing act. I think he’ll do something in the middle.”

If sentenced to 21 years, Claypool believes Cosby, if he’s denied appellate bond, will still only serve “7 to 8 years and get out on parole with good behavior.”

While “people are saying [any sentence is] a death sentence, I’m not sure it is. If he lives to 90, he may be able to get out again.”

Claypool also suspects it will be tough for Cosby to win his appeal in Pennsylvania, and believes his attorneys will likely take the case to the highest court it can.

“The state supreme court consists of four men and three women. Five are Democrats and two are Republicans. That’s not good news for Cosby,” Claypool tells PEOPLE. “In Pennsylvania, supreme court judges are elected to 10-year terms. So, they have to win re-election.

“With the #MeToo movement, if these judges are re-elected again, and they let Cosby go have another trial on this — say the judge made error in some way — they could be toast,” Claypool says. “There is a lot of politics involved here and it goes against Cosby’s chances of getting this overturned on appeal.” 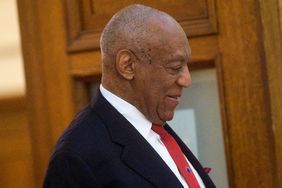 Bill Cosby Could Get 30 Years in Prison for Sex Assault, Will Remain at Home Pending Sentencing