Cosby, 78, is back in court in Norristown, Pennsylvania to ask a judge to order Andrea Constand to appear in person at a new preliminary hearing – or dismiss all charges against him.

Bill Cosby waved to onlookers before arriving in court shortly after 1 p.m. Thursday in his latest attempt to get a sexual assault charges against him dismissed.

Immediately after Cosby arrived, attorneys on both sides were quickly ushered into a private room for a closed-door meeting with Montgomery County Judge Steven O’Neill to decide how to proceed with the hearing.

At his May 24 preliminary hearing for his upcoming criminal trial, Cosby’s attorneys took issue with the fact that alleged victim Andrea Constand was not present to testify in person.

Instead, a detective read a statement Constand gave to authorities on Jan. 22, 2005, during the early stages of the case.

Cosby, 78, is back in court in Norristown, Pennsylvania, to ask a judge to order Constand, 43, to appear in person at a new preliminary hearing – or dismiss all charges against him.

“The Commonwealth relied solely upon hearsay evidence to establish the elements of the charged offense, without providing Mr. Cosby an opportunity to confront and cross-examine his accusers,” Cosby’s attorneys argued in a habeus corpus petition filed on June 8.

[This] “violated Mr. Cosby’s confrontation and due process rights,” they argued.

In a statement about the filing, Wyatt, Cosby’s spokesman, said, “In this case, from its inception, the District Attorney’s office has stretched the rules to the breaking point at the expense of Mr. Cosby’s rights. (Cosby has not yet entered a plea but has publicly maintained his innocence in Constand’s case as well as in allegations of either drugging and/or sexual assault by more than 50 women.)

In his response, Montgomery County District Attorney Kevin Steele says it’s Cosby’s attorneys who are trying to twist the law.

“Defendant’s current attempts to invent new rights that would have compelled the commonwealth to present the victim at the preliminary hearing – precisely so that he could have prematurely attacked her credibility – are as transparent as they are contrary to law,” Steele wrote.

RELATED VIDEO: The Surprising Reason A Bill Cosby Accuser Withdrew her Defamation Lawsuit Against Him

“Yet it is defendant who dramatically accuses the commonwealth of ‘stretching the rules beyond the breaking point,’ ” Steele wrote. “He is the one who consistently misrepresents the laws.”

Cosby’s attorneys are challenging part of Rule 542 of the Pennsylvania Codes of Criminal Procedure, which states hearsay evidence alone is enough to establish a prima facie case against an offender and hold a case over for trial.

They based their argument, in part, on the case of Dave Ricker in West Hanover Township, Pennsylvania, who is charged with attempted murder and other offenses for allegedly shooting a state trooper in June 2012. Neither of the troopers who were present testified at his preliminary hearing; instead, the prosecutor played an audio tape of the trooper who’d been wounded. Ricker argued his constitutional right to confront witnesses was violated.

“The troopers were right down the street and the prosecution refused to call them,” William Costopoulos, Ricker’s attorney, tells PEOPLE.

Ricker’s case is currently being reviewed by the Pennsylvania Supreme Court. A hearing will likely be held in September, Costopoulos says.

His client has not yet entered a plea, he says.

He says he sees the similarities between his client’s case and Cosby’s.

“The victims in each case were available to the commonwealth and these are both very serious charges,” he says. “I think both Cosby and Ricker probably get held over for trial if the witnesses are called but call them.” 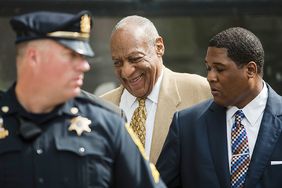 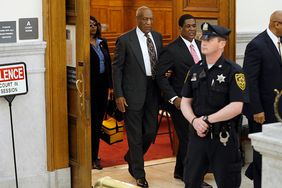 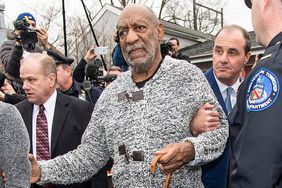