In September 2018, Bill Cosby was sentenced to three to 10 years in state prison following his conviction for sexual assault

Disgraced comedian Bill Cosby is speaking out in his first interview since his conviction and imprisonment for sexual assault.

In a recent phone interview with the National Newspaper Publishers Association’s BlackPressUSA.com, Cosby, 82, called his trial a “set-up” and said he won’t tell a parole board that he feels remorse for his actions.

“I have eight years and nine months left,” Cosby told the outlet. “When I come up for parole, they’re not going to hear me say that I have remorse. I was there. I don’t care what group of people come along and talk about this when they weren’t there. They don’t know.”

“It’s all a set-up. That whole jury thing. They were imposters,” Cosby said regarding his trial.

Cosby was sentenced to three to 10 years in state prison by a Pennsylvania judge in September 2018 — five months after he was convicted of sexually assaulting a former Temple University employee in his mansion in 2004.

According to The Associated Press, sex offenders usually have to show remorse in order to be granted parole, meaning Cosby believes he will likely serve the full ten years of his sentence.

BlackPressUSA reports that Cosby says he has been spending his time in prison working with other African American inmates, telling the outlet that he believes black Americans are “under siege.”

“I am a privileged man in prison,” he added to the outlet, also calling his cell a “penthouse.”

The actor’s conviction on three counts of aggravated indecent assault came after victim Andrea Constand said Cosby — a man she had considered a mentor — drugged her and sexually assaulted her in his home. During the trial, Constand and five other women testified that Cosby had engaged in a similar pattern of behavior with them.

Cosby’s defense denied the accusations, as well as similar allegations made against him by more than 60 women. The sex that occurred between Cosby and Constand, now 46, was consensual, he claimed through his attorneys, and the Montgomery County jury that first heard Constand’s allegation in 2017 failed to reach a verdict.

Other women were prevented from seeking charges against him because the statute of limitations on their claims had expired. But Cosby still is facing several civil actions, including charges from at least eight women who allege that Cosby defamed them through his comments and dismissals of their assault accusations.

“They persecuted Jesus and look what happened,” Wyatt said. “I’m not saying Mr. Cosby’s Jesus, but we know what this country has done to black men for centuries.”

Bill Cosby’s Accusers React as He’s Imprisoned for Sex Assault: ‘I Think We All Stood There and Cried’

Constand provided a lengthy victim impact statement in which she described the assault as traumatizing — a crack in the course of her life.

“When the sexual assault happened, I was a young woman brimming with confidence and looking forward to a future bright with possibilities,” she wrote. “Now, almost 15 years later, I’m a middle-aged woman who’s been stuck in a holding pattern most of her adult life, unable to heal fully or to move forward.” 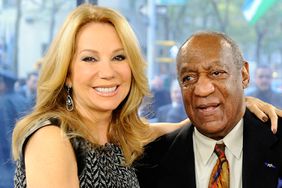