The entertainer, awaiting retrial on sex assault charges, will caution others about 'doing certain things they shouldn't be doing'

Following a judge’s declaration of a mistrial in his criminal sex assault case, Bill Cosby will conduct a series of town hall speaking engagements to educate “married men” and others about the risks of getting accused of sexual assault, according to his spokesman.

In an interview Wednesday on Good Day Alabama, Cosby spokesman Andrew Wyatt, a Birmingham native, said the entertainer “wants to get back to work.”

“We’re now planning town halls and we’re going to be coming to this city [Birmingham] sometime in July … to talk to young people because this is bigger than Bill Cosby,” Wyatt said.

Sexual assault allegations “can affect any young person, especially young athletes of today, and they need to know what they’re facing when they’re hanging out and partying, when they’re doing certain things that they shouldn’t be doing,” Wyatt said. “And it also affects married men.”

Prosecutors said they will retry Cosby, 79, after a jury in Montgomery County, Pennsylvania, could not reach a verdict on three allegations that he sexually assaulted Andrea Constand, a former Temple University employee, at his Elkins Park, Pennsylvania, mansion in January 2004.

Attorney Gloria Allred, who represents some of the more than 50 other women who have come forward with similar allegations of assault against Cosby that have never been prosecuted, responded swiftly.

“Mr. Cosby’s so-called workshops appear to be a transparent and slick effort to attempt to influence the jury pool from which jurors will be selected for his second criminal trial,” Allred said in a statement to PEOPLE.

“Mr. Cosby should understand, however, that this is not about optics. It is about evidence and according to news reports at least 10 jurors out of 12 voted to convict him on one felony count. Under the circumstances Mr. Cosby should not be conducting sex assault workshops, but if he does do them then the best advice he can give to those attending is that if you do not drug and sexually assault women, then you need not worry about being charged with a crime.”

A woman’s advocacy organization, UltraViolet, also responded with a statement from its co-founder Nita Chaudhary, who dismissed the town hall announcement as “a joke.”

“Let’s call this tour what it really is: Bill Cosby’s ‘how to get away with rape and sexual assault’ tour,” she said. “The fact that Cosby, a man who has admitted to drugging women with quaaludes, would have the audacity to travel the country teaching men how to avoid rape accusations is a disgusting display of rape culture in action.”

On the CBS show The Talk on Thursday, host Aisha Taylor said, “This guy never ceases to shock and disappoint. I think there’s only one thing you need to know about how to avoid sexual assault; don’t sexually assault anybody!”

The Montgomery County District Attorney’s Office charged Cosby in 2015 with three counts of aggravated indecent assault in connection with Constand’s accusation. He pleaded not guilty, insisting their sexual contact was consensual. Constand, who is gay, said their contact was not consensual.

Jurors who were selected from the Pittsburgh area and then brought to suburban Philadelphia to hear the case debated for days before announcing they were “hopelessly deadlocked,” and a mistrial was declared.

A juror who spoke after the mistrial to ABC News on condition of anonymity said 10 of the 12 jurors agreed that Cosby was guilty on two of the three counts — one, that Cosby had allegedly digitally penetrated Andrea Constand without her consent, and two, that the alleged assault happened after Cosby gave Constand drugs without her knowledge.

The two holdouts were “not moving, no matter what,” the juror said.

On the third count, that Constand was unconscious or unaware during the incident, the vote was 11-1 to acquit Cosby, according to the juror. 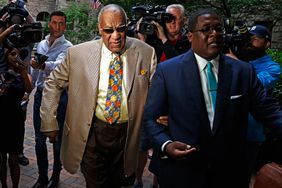 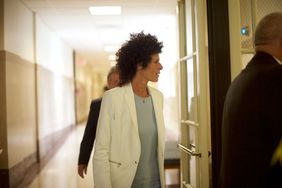