The court's judgment, handed down Wednesday, states Bill Cosby "must be discharged [from prison], and any future prosecution on these particular charges must be barred"

Bill Cosby's sexual assault conviction has been vacated after the Pennsylvania Supreme Court found that an agreement he made with a previous prosecutor should have precluded him from being charged in the case, PEOPLE confirms.

The court's judgment, handed down Wednesday, states Cosby, 83, "must be discharged [from prison], and any future prosecution on these particular charges must be barred."

The Pennsylvania Department of Corrections confirmed on Twitter that Cosby was released just before 2:30 p.m. ET.

Cosby was convicted on three counts of aggravated indecent assault in 2018 after Andrea Constand said he had drugged her and sexually assaulted her in his Elkins Park, Pa., home in 2004.

Cosby had been sentenced to three to 10 years, and had served more than two years of that sentence.

During Cosby's trial, Constand and five other women testified that he had engaged in a similar pattern of behavior.

Cosby's defense denied the accusations, as well as similar allegations made against him by more than 60 women.

After Cosby was convicted, Constand addressed her ordeal in a victim impact statement.

"When the sexual assault happened, I was a young woman brimming with confidence, and looking forward to a future bright with possibilities," she wrote. "Now, almost 15 years later, I'm a middle-aged woman who's been stuck in a holding pattern most of her adult life, unable to heal fully or to move forward."

"Bill Cosby took my beautiful, healthy young spirit and crushed it. He robbed me of my health and vitality, my open nature, and my trust in myself and others," she wrote.

Cosby had been denied parole last month, due to in part his refusal to participate or complete a treatment program for sex offenders and violence prevention.

Constand first reported her ordeal to then-Montgomery County District Attorney Bruce Castor in 2005, but Castor declined to prosecute Cosby. But Castor's successor, Kevin Steele, filed charges against Cosby in 2015, arresting him days before the statute of limitations expired.

Castor said he disagreed with the decision to prosecute Cosby, saying he'd come to an agreement with him never to prosecute him if Cosby testified for a deposition in a civil suit Constand filed against him. (Cosby ultimately settled the suit with Constand for $3.38 million.) In that deposition, Cosby admitted that he gave quaaludes to women he wanted to have sex with, and also admitted to numerous extramarital affairs. Cosby's testimony in that deposition was used against him in his criminal trial.

In its judgment, the Pennsylvania Supreme Court held that the decision to use Cosby's assertions in his deposition against him deprived him of his Fifth Amendment rights. Cosby, the court stated, had been subject to "an unconstitutional 'coercive bait-and-switch,' " which the court characterized as a "due process violation."

Listen below to our daily podcast PEOPLE Every Day for more on the court decision to overturn Bill Cosby's sexual assault conviction.

After Cosby's conviction was overturned, D.A. Steele released a statement, saying the decision to release Cosby resulted from "a procedural issue that is irrelevant to the facts of the crime. I want to commend Cosby's victim Andrea Constand for her bravery in coming forward and remaining steadfast throughout this long ordeal, as well as all of the other women who have shared similar experiences. My hope is that this decision will not dampen the reporting of sexual assaults by victims."

In a statement released after the court's decision, Gloria Allred, who represented several of the women who testified during Cosby's trial that Cosby had sexually abused them, said, in part, "This decision by the Pennsylvania Supreme Court today to overturn the conviction of Bill Cosby must be devastating for Bill Cosby's accusers. My heart especially goes out to those who bravely testified in both of his criminal cases."

Allred added, "Despite the Pennsylvania Supreme Court's decision, this was an important fight for justice and even though the court overturned the conviction on technical grounds, it did not vindicate Bill Cosby's conduct and should not be interpreted as a statement or a finding that he did not engage in the acts of which he has been accused." 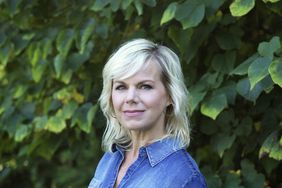