"I have faith in the jury system of the United States," Bill Cosby accuser and retired attorney Tamara Green tells PEOPLE exclusively

After a Pennsylvania judge granted a mistrial after a jury announced they were deadlocked for the second time in the sexual assault trial of Bill Cosby, one of the actor and comedian’s multiple accusers is speaking out about what that means.

“It’s not an acquittal,” Tamara Green, a retired California attorney who first came forward with allegations against Cosby in 2005, tells PEOPLE of Saturday’s mistrial.

She adds, “I have faith in the jury system of the United States.”

The comedian is accused of drugging and sexually assaulting former Temple University employee Andrea Constand at his Elkins Park, Pennsylvania, mansion in January 2004. The District Attorney has already announced that they plan to retry Cosby in the case.

The six-day trial followed a lengthy scandal in which dozens of women have come forward with stories of how Cosby, 79, allegedly sexually abused and assaulted them over decades. The Cosby Show alum has denied every claim.

Bill Cosby Accuser Tamara Green Is Ready For Her Day in Court: “It’s a True Story And It Needed to Be Told”

In her own account, Green claimed Cosby drugged and attempted to sexually assault her in 1970.

“To quote the great Yogi Berra, ‘It was deja vu all over again,’ ” Green told PEOPLE in 2015 of how she felt hearing the scandal had resurfaced the previous year. “It was me being a liar again. It was me falsely accusing somebody again. It was me being scrutinized again.” Green filed a defamation suit against Cosby in 2014. The case is ongoing.

She added, “I want people to know I’m willing to tell the truth in front of a jury under penalty of perjury because it’s a true story and it needed to be told. I think it’s more credible than just a ‘He said, she said.’ ”

RELATED VIDEO: The Surprising Reason A Bill Cosby Accuser Withdrew her Defamation Lawsuit Against Him

Another one of Cosby’s alleged victims, Kristina Ruehli, tells PEOPLE that Constrand’s case was “difficult” but that her fight isn’t over.

“This has been a particularly difficult case in it’s factual pattern,” she said. “I think with a jury, perhaps some may have judged Andrea by what THEY would have done in her place — perplexing to some — rather than that in fact a non-consensual sexual assault DID occur.”

Ruehli accused Cosby of sexually assaulting her in 1965. She filed a defamation lawsuit against him in 2014 but withdrew it in 2016.

“On the other hand, Andrea made a difference that is significant,” she continued. “This is not the end. Thanks to her fellow accusers in California, Nevada and Colorado, laws were changed. There is no reason that can’t continue. There is going to be a retrial. Other sexual assault victims find it easier to speak out. It ain’t over ’til it’s over.”

RELATED VIDEO: An Alleged Victim of Bill Cosby Reacts to His Arrest

Cindra Ladd, who spoke out in January 2015 in a Huffington Post essay that accused Cosby of drugging and raping her in 1969, says in a statement to PEOPLE, “Bill Cosby has already been exposed as a predator who hid behind his jovial mask for more than 50 years and no jury verdict will ever change that.

“Those of us who came forward to speak our collective truth about what he did to us owe a debt of gratitude to Andrea Constand for her leadership and courage in demanding justice,” she continued. “Despite the disappointing outcome of this case, I take comfort knowing that Bill Cosby’s life is now, and forever will be, a living hell.”

Beth Ferrier — another alleged victim who claimed Cosby drugged her cappuccino to initiate and then engage in non-consensual sexual contact — chimed in in a statement to PEOPLE, “My reaction is in Cosby’s own words from his last stand-up tour: ‘We are far from finished!’

“Rape is not a joke. I do not want an apology, but your conviction, Cosby,” she continued. “What a brilliant Cliff Huxtable you brought with you to court. The blind, feeble, loss-of-cognition victim you left at home with your adoring wife and family. You did not give me Benadryl, nor did you give this to any of the other 60-plus courageous women. Pills are not needed to knock us out and doubt what happened if you were a true man.”

Ferrier — a model who was in a consensual relationship with Cosby for months in the mid-1980s — was Jane Doe #5 in Constand’s civil suit against him, settling in late 2006.

“Shame on you Cosby,” Ferrier went on in her statement following Saturday’s mistrial grant. “I am sure you are sexually aroused by this seemingly GLORIOUS day, but we know Andrea is telling the truth, we know that Kelly is telling the truth and I passed a lie-detector test in 2005 so that Cosby would eventually settle out of court in 2006.

“This is like the NBA or World Series game 1 done next! Cosby and his team have put on a brilliant performance this time, but ‘We haven’t come far enough, and don’t call us baby!’ “ 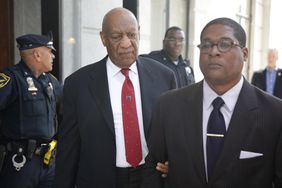 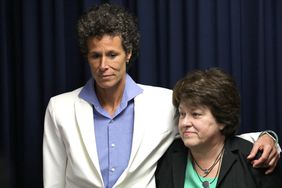 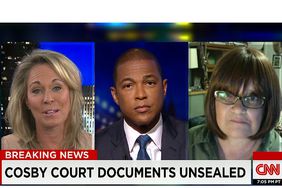 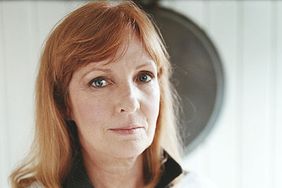