Three more women have publicly come forward with accusations that Bill Cosby sexually assaulted them in the 1970s and ’80s. The three women, including an actress who appeared on The Cosby Show and the former wife of a vice president at the William Morris Agency, joined the more than 40 women who allege they were drugged, sexually assaulted or sexually harassed by the comedian.

At a press conference Wednesday, civil rights attorney Gloria Allred, who is now representing more than 21 accusers, said the three women are speaking out now to show their support for other accusers who have been criticized by Cosby’s attorneys.

“There is no statute of limitations on free speech,” says Allred. “A person who alleges that she or he is a victim can speak out at any time.”

Cosby has consistently denied the allegations of sexual assault. His lawyer, Marty Singer, previously said that the claims “about alleged decades-old events are becoming increasingly ridiculous.” Singer did not immediately comment on the new allegations.

At the press conference Wednesday, Colleen Hughes said she was a young stewardess with American Airlines in the early ’70s when she allegedly met Cosby on a flight to Los Angeles. Hughes claimed Cosby flirted with her the entire flight and invited her to lunch in Beverly Hills. She agreed to go, but only with another stewardess. Cosby allegedly had a car and driver waiting for them at the airport but the other stewardess never showed up. Hughes claimed she drove with Cosby to the Fairmont Hotel and he allegedly watched television in her room while she got ready for lunch.

When she came out of the bathroom fully dressed, she said Cosby had allegedly ordered a bottle of champagne and was drinking it out of her Gucci pump. She claimed he raised the shoe towards her, and said, “A princess should always drink champagne out of a glass slipper.”

Hughes said they started watching television and he allegedly tried to hold her hand. The last thing she remembered, she claimed, was waking up around 5:15 p.m. Her clothes were all over the room and she “felt semen on the small of my back and all over me,” she claimed.

“It was disgusting,” she said. “Bill obviously did not use a condom and there was no lunch and Bill was nowhere to be seen. I was confused and ashamed and never told anyone about what happened to me.”

Linda Ridgeway Whitedeer told reporters that at the time of her alleged assault she was the recently divorced wife of Fred Apollo, a vice president and department head of live TV for the William Morris Agency, and who worked closely with the comedian. The former actress, who starred in 1972’s The Mechanic with Charles Bronson, claimed she met Cosby on a movie set around 1971. She claimed Cosby told her she was there to be interviewed and then allegedly lured her into the director’s office.

Once inside, Cosby exposed himself, grabbed her head and shoved his penis in her mouth, Whitedeer alleged.

“His attack was fast with surgical precision and surprise on his side,” she claimed. “When Cosby was done there was a horrible mess of semen all over my face, my clothes and in my hair.”

Whitedeer said she wanted to go straight to William Morris Agency but changed her mind because she didn’t want to embarrass her ex-husband. “An actress is like a tennis player,” she said at the press conference. “Her integrity and confidence are everything. For me, Bill Cosby was a career-killer.”

The third alleged victim, Eden Tiri, said she was a 22-year-old actress when she was given a part playing a cop on The Cosby Show in 1989. While working on the set in front of hundreds of people, she alleged she was led off set to Cosby’s dressing room twice but he wasn’t there. The third time, Cosby was allegedly waiting for her. Inside the dressing room, she alleged Cosby wrapped his arms around her and whispered in her ear, “See that’s all we were going to do, make love. This is making love. He turned me around, hugged me and I left without saying a word.”

On July 29, a California judge ordered the comedian to give a deposition in the civil suit filed by Allred’s client Judy Huth. The deposition is scheduled for Oct. 9.

“My hope for that deposition is that we will ask questions and he should provide answers,” said Allred. “We have a great deal of latitude. We are looking forward to his answers. We are entitled to answers.”

Huth claimed that Cosby, 78, molested her inside the Playboy Mansion when she was just 15 years old. She is just one of the nearly 50 women who’ve accused Cosby of some form of sexual abuse.

The deposition will be the first time Cosby has spoken about the sexual assault allegations against him since a separate case in 2005. Portions of that deposition were unsealed earlier last month; in the deposition, Cosby admitted he gave Quaaludes to a woman and then had sex with her. 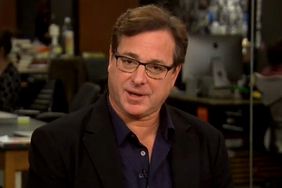