The two squared off in court Wednesday, as the reality star seeks primary custody of their 4-year-old daughter

Bethenny Frankel faces a bitter custody battle over her daughter.

The entrepreneur and former reality star is seeking primary custody of 4-year-old Bryn, while estranged husband Jason Hoppy wants joint custody. The two appeared in a New York City courtroom Wednesday, and their very public breakup took an ugly turn as Frankel recounted Hoppy’s alleged words to her after she filed for divorce.

“He said, ‘I’m going to destroy you. I’m going to have you and your publicist crying and crumbling in a corner. Now you’re going to see what I was like on the basketball court,’ ” Frankel, 43, testified before breaking into tears. “He said, ‘You don’t know what it’s like to have a family, you’ll never have a family. Let’s go, baby.’ ”

Throughout the proceedings, the two sides argued over who would be the better parent, with Frankel and Hoppy accusing the other of an alleged thirst for fame – and chronicling its adverse impact on their child.

“Bethenny Frankel’s priority is Bethenny Frankel,” Hoppy’s lawyer Bernard Clair told the judge. “In pursuit of career success, she has used the child as a prop.”

Hoppy’s attorney also charges that Frankel secretly modeled the character in her upcoming children’s book after Bryn and arranged to be photographed pushing her stroller with a bottle of her Skinnygirl cocktail in the cup holder. By removing all of Bryn’s toys, clothes and stuffed animals from the family’s shared home, the lawyer said, Frankel is trying to “relegate the father of her child to a walking sperm bank.”

But the former talk show host tells a different story. Frankel says Hoppy, 42, loved living in the spotlight and taping their wedding for her reality series.

“We did not discuss anything being off-limits,” she testified. “He said, ‘I would never be able to have a wedding like this if it weren’t on television.’ ”

“Jason embraced family life in the spotlight,” Frankel’s attorney Allen Mayefsky said during opening statements. But ever since the marriage ended, “he puts desire for revenge over his family and child.”

Frankel accused the businessman of acting like a doting dad until the split, when he allegedly became verbally abusive, hacked her email account and began secretly recording their conversations.

“He would take bad press about me and put it on the counter,” she said, adding that he would often leave the house “in shambles.” Hoppy, Frankel added, “would pee and poop and leave it in the toilet … He would say things [to Bryn] like, ‘Mommy should be the witch. She’s a great witch. You’ll be the princess and I’ll be the prince.'”

Frankel, dressed in a red pencil skirt and striped blazer, also addressed concerns over Bryn’s diet, which she said was mostly vegetarian until the breakup.

“When the marriage was over, he started feeding Bryn bacon and a lot of animal proteins, which was not discussed with me,” she said.

The parents have also sparred over religion: Frankel said they agreed to baptize their daughter at Hoppy’s parents’ request but did not plan to raise her as a practicing Catholic.

“That and going [to church] on high holidays was the extent of Bryn’s religion,” she said. “We made a deal.”

It’s an agreement Frankel claims Hoppy has broken, taking Bryn to religious services without her knowledge or consent.

As allegations were thrown by both sides, Hoppy looked stoic and sat silently. Says a source close to the case: “Within the context of some of these noisy allegations that were made, he was holding up very well.”

Things have been heated between the former couple since December 2013, when Frankel called it quits after almost three years of marriage and two reality shows documenting their relationship.

How’s Bethenny After Her Split? ‘I Am Dating and I Am Happy’

A source close to the former Apprentice contestant confirms Hoppy had no problem broadcasting their lives on TV.

“Jason was like a kid in the candy store throughout everything in the taping of Bethenny Ever After and Bethenny Getting Married and he held Bryn in all of it – everything was yes yes yes, and he had so many opportunities brought to him because of these shows,” the source says. “He was one way on camera and one way off camera.”

The source adds that Frankel didn’t want their divorce to become a spectacle – but Hoppy hopes “to destroy her and her entire career.”

“She wanted to settle out of court but some of his demands were absolutely insane that no mother would ever agree,” the source says. “He sought the limelight and he basked in it, and he was perfectly fine with Bryn being in the media and sitting on his lap on The Ellen DeGeneres Show for example – he let her be on every single Bravo show.”

When asked to comment, Hoppy’s lawyer Clair declined to say anything beyond admitting that there is still a long road ahead. “What happened in court speaks for itself,” he told PEOPLE. “It’s the first mile of a marathon.”

They are expected back in court June 11. 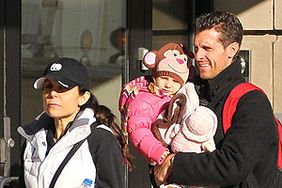 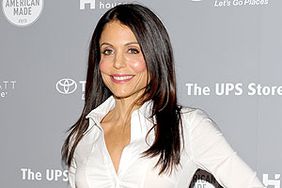