Rihanna was present in Nice on Thursday when a truck drove into large crowds, killing over 70.

The singer’s rep has confirmed to PEOPLE that “she’s safe.”

Rihanna, 28, was scheduled to perform in the city on Friday as part of her ANTI World Tour, however the president of Nice tweeted that the concert has been postponed, along with a local jazz festival, as the city’s flags fly at half-mast in the wake of the Bastille Day attack.

Late Thursday, following the fireworks show in Nice, a large truck drove into a crowd along the Promenade des Anglais where people were celebrating the French holiday.

French President Fran ois Hollande said at a press conference on Thursday that 77 victims, many of them children, had died.

A local restaurateur who tried to provide aid to the wounded described the scene to Nice television stations, saying that “women’s bodies [were] crushed, blood everywhere, there was no one to help.” 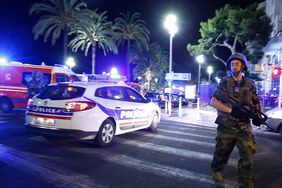 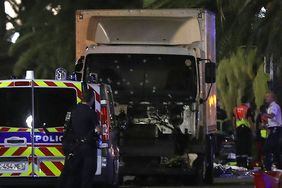 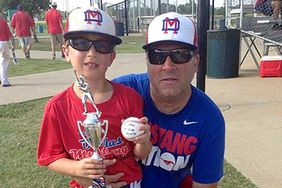 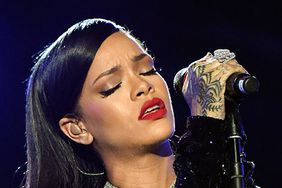 WATCH: Rihanna Pays Tribute to Victims of Nice Attack During Concert in Lyon 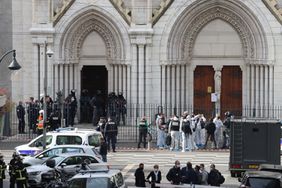 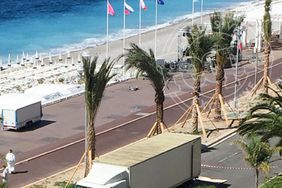 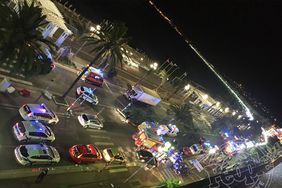 Lady Gaga, Amy Schumer and Rihanna Lead Tributes to Bastille Day Attack Victims in Nice: 'We Are with You' 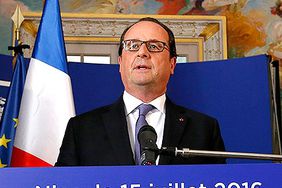 Monarchs Rally Around France After 'Heinous' Terror Attack: 'At Your Side, We Grieve the Victims' 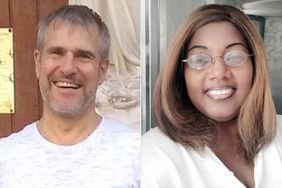 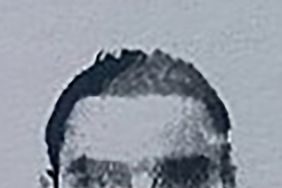