Two of the legendary bluesman's daughters are saying B.B. King was fatally poisoned by assistants

Two of B.B. King’s daughters are claiming their father was poisoned by two aides who worked closely with him.

But an attorney for King’s estate says the allegations are ridiculous. “I hope they have a factual basis that they can demonstrate for their defamatory and libelous allegations,” attorney Brent Bryson told the AP.

“This is extremely disrespectful to B.B. King. He did not want invasive medical procedures. He made the decision to return home for hospice care instead of staying in a hospital. These unfounded allegations have caused Mr. King to undergo an autopsy, which is exactly what he didn’t want.”

King died on May 14 from a series of strokes which may have been caused by his Type-2 diabetes, which he had struggled with for more than two decades before his death. His daughters are now claiming that Toney and Johnson gave him medication to induce diabetic shock.

Reports That B.B. King Was Poisoned Are ‘Ridiculous,’ Says Attorney

The Clark County Coroner’s office tells PEOPLE that an autopsy was performed on King on Sunday, but results could take up to eight weeks.

“We will not be commenting on this matter unless the coroner advises that some form of criminality is associated with the death of Mr. King.”

Toney and Johnson declined comment on the accusations. However, Toney told the AP that, “they’ve been making allegations all along. What’s new?”

Williams and Patty King are two of the famed bluesman’s 15 children. 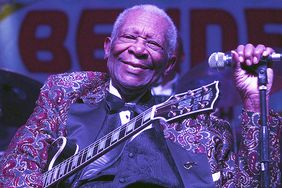