Authorities in Minnesota have filed murder and manslaughter charges against a man and his wife for their alleged roles in the death of his 8-year-old daughter, who was emaciated when she died, PEOPLE confirms.

According to online records, charges were filed Monday against Brett Hallow, 30, and Sarah Hallow, 28. They each face single counts of second-degree murder and first-degree manslaughter and have been in custody without bond since Friday.

According to a charging documents obtained by the Star Tribune, investigators in Elk River allege the Hallows physically abused Autumn Hallow inside their apartment, often tying the girl up if they felt she had misbehaved.

The couple allegedly withheld food from Autumn, allowing the girl to waste away physically. Autumn weighed 45 lbs. at death.

Police noted that the girl's fingers were blue and detected abrasions and "pin-like" marks on her forehead, and they found blood in the bathroom, according to the documents.

The Hallows allegedly told police they found Autumn face-down and partially submerged in a bathtub. They moved her to the bedroom and attempted to revive her, they allegedly said, according to the documents.

However, an autopsy on Autumn's remains showed puncture wounds on her head as well as abdominal and brain bleeding. Her hips and hands also showed signs of bruising.

"Based on the condition of [Autumn's] body, law enforcement believed [she] had been deceased for some time," reads the charging documents, which note Autumn — who had atrophied muscles and significant hair loss — likely died from asphyxiation.

An autopsy found fatal injuries pointing to her being asphyxiated, along with wounds to her head.

Autumn's mother, Kelsey Kruse, told police she had not seen her daughter since January, saying the girl was in good health then. Kruse also said the Hallows denied her requests to see Autumn, citing fears over the COVID-19 pandemic, according to the documents.

The couple's son, 6, allegedly said his parents would tie up Autumn with a belt before putting her in a sleeping bag, leaving only her head exposed. The boy also said they'd used a shirt to tie her hands behind her back, the documents allege.

Autumn was forced to sleep while restrained after "she is being bad," the boy said. The documents, according to the paper, alleges the couple punished Autumn for urinating on the floor or in her clothing or trying to get food.

The couple, who have not entered pleas in court, allegedly denied ever tying Autumn up.

Neither defendant has an attorney of record who could comment on the allegations for them.

Kruse, in a Facebook posting two days after her daughter was found dead, wrote that the Hallows "have given me and my family a permanent scar. You took something we will never get back. ... I hope your other children know what you did, and I hope they grow up knowing that their sister saved them."

In a separate posting, she added, "Your father kept you from me for several months, and he then took your life. I hope you know how much I tried to get you. ... All of your siblings were lucky to have a sister like you."

A GoFundMe campaign has been established online to cover Autumn's funeral costs. 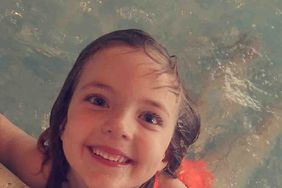 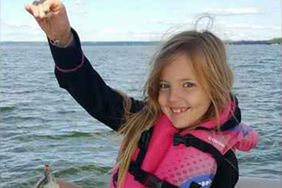 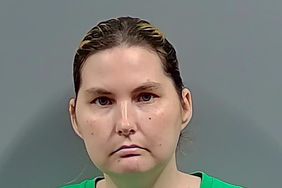 Fla. Mom Accused of Killing Daughter with Special Needs While Visiting Her in Hospital 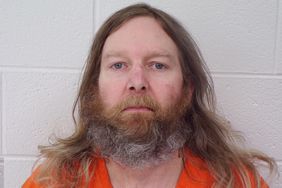