"Words can't describe the questions that go through our mind about this," Phoenix Police Department Sgt. Tommy Thompson tells PEOPLE

Phoenix Police Department Sgt. Tommy Thompson has been a public servant for nearly four decades but he’s never seen or heard of such a “horrific crime” as the sexual assault investigation of a patient in a vegetative state for more than a decade at an Arizona-based nursing facility giving birth on Dec. 29.

The 29-year-old Native American woman, who has been in a vegetative state for more than a decade, gave birth to a baby boy at Hacienda HealthCare in Phoenix.

“I think it’s a miracle. I hate to draw a miracle of such a horrific event, but the baby survived. Words can’t describe the thoughts we have, the questions that go through our mind about this,” he explains.

The baby, who is now 12 days old, and his mother are currently recovering at a local hospital.

“The whole situation, and then to know that that baby survived,” Thompson says. “Again, it’s a horrific event that happened to this lady to have this occur, but then when you look at the baby being born, it’s a miracle that the baby came out okay.”

On Tuesday, the woman’s family attorney, John Micheaels, said in a statement to PEOPLE, “The family would like me to convey that the baby boy has been born into a loving family and will be well cared for.”

During a press conference on Wednesday, Thompson disclosed that authorities launched a sexual assault investigation on the same day that the baby boy was born.

Officers responded to a call that an infant had “coded” and was in “distress” with troubles breathing. “The baby was born having issues, that was the nature of the call, that’s what started this on the 29th of December,” Thompson told reporters, adding that the mother was “unable to move [and] unable to communicate, in other words, she was helpless and incapacitated.”

Thompson tells PEOPLE Phoenix law enforcement did not learn of her pregnancy until she went into labor. “I think it took everyone by surprise,” he says. “It’s my impression that the staff there had no clue that this lady was having a baby. That she was even pregnant.”

Investigators are asking the public to help identify a suspect in the sexual assault case. Anyone with information, call 602-534-2121. Or to remain anonymous, call Silent Witness at 480-WITNESS. 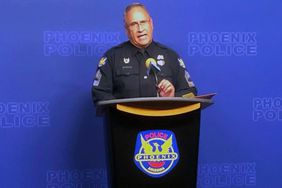 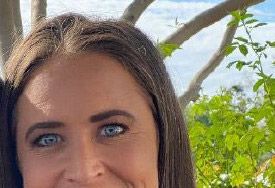