The family feud over who should care for Modern Family actress Ariel Winter, 14, has reached a truce – for now.

“It looks like the court is going to order therapy and counseling to help keep us together as a family,” Ariel’s older brother Jimmy Workman told reporters following an L.A. Superior Court hearing Wednesday.

“Everything’s holding off and everyone’s going to counseling,” he added.

Lawyers for Ariel’s mother, Chrisoula Workman, her older daughter Shanelle Gray, 34, as well as the actress, hammered out an agreement to allow Ariel to remain in the care of Shanelle pending a new hearing in March.

Ariel, wearing a casual black dress and flats, looked upbeat and hugged her sister following the hearing, as well as her attorneys, who had no comment. Outside the courtroom, her mother wiped away tears. A Department of Children and Family Services report to the court in November found evidence of emotional abuse inflicted upon Ariel by her mother.

According to Jimmy, Ariel and Shanelle are currently not on speaking terms with him or their mother.

“My mother is a loving parent who’s done everything for her children,” Jimmy said outside the courthouse. “We want our younger sister to come home with our parents.”

Jimmy added he doesn’t know whether Ariel is continuing her relationship with Cameron Palatas, 18, an actor on the Disney Channel show A.N.T. Farm, whom Chrisoula had filed a police report against because her daughter is underage.

Asked if he thought Hollywood was having a negative affect on his sister, Jimmy replied, “I don’t think it’s ruining her, she’s a good kid. I love my sister and I want to see her.”

Added Chrisoula’s attorney Anita Gumm, who confirmed nothing’s been made permanent in the custody case: “It looks like everything will work out. We’re happy for the family.” 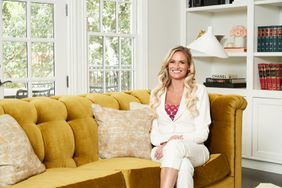 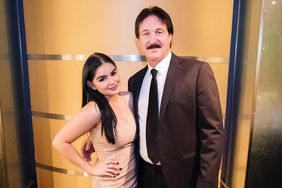