Jailhouse Interviews: Angelika Graswald Shares Torment of Being Accused of Killing Her Fiancé While Kayaking

In three sit-down interviews, the accused killer opened up on the love she lost and life in jail

Kayaker Angelika Graswald denies murdering her fiancé on the Hudson River. Subscribe now for instant access to her exclusive jailhouse interview, only in PEOPLE.

The red jumpsuit that Angelika Graswald wears inside the Orange County, New York, jail is code for just how much trouble she is in. Red is the color assigned to inmates facing the most serious charges – like murder.

When Graswald, the 35-year-old woman accused of killing her missing fiancé, sat down at a wooden visitors’ table with PEOPLE reporter Diane Herbst on three separate occasions since her April 29 arrest, the inmate was unequivocal about her innocence and her grief for Vincent Viafore, whose body has not yet been found.

Graswald shared details of how she and Viafore often daydreamed together of the lives they would share as they planned a simple wedding in August in Latvia, where Graswald was born and raised.

“I feel he’s always with me,” Graswald said in one conversation. “He’s with me here.”

As for her feelings about all that’s happened since she and Viafore were kayaking on the Hudson River, Graswald says: “I’m numb. I’m devastated. The truth will prevail.”

In another conversation, Graswald discussed for this week’s issue of PEOPLE what happened on the water that Sunday evening of April 19, when, she says, the water was really choppy, with waves “as high as a person” and strong tides. “It was scary,” she says.

Crying, she recalled how, after Viafore’s kayak capsized, he told her to call 911, which she says she did – trying to keep the phone dry by bracing it between her legs inside her own kayak.

On Thursday, Graswald will begin her fourth week in jail. She has yet to be arraigned, though Orange County Assistant District Attorney Chris Borek tells PEOPLE, “We should be announcing something relatively shortly.”

Graswald’s attorney, Richard Portale, told PEOPLE on Tuesday that the district attorney is “intentionally withholding” the filing of the arraignment and, as such, denying Graswald her rights to see the prosecutor’s evidence, build a defense and have a speedy trial.

“Angelika’s just sitting there [in jail] while they continue to investigate,” says Portale. “It’s very difficult for her. She’s putting up a false front to portray she is happy, but at this point, it’s pretty obvious she is hurting.”

While police say that Graswald confessed to tampering with Viafore’s kayak and Assistant District Attorney Julie Mohl said in a hearing on May 13 that Graswald had said she “felt good knowing he was going to die,” Graswald claims that her tendency to talk too much “gets me in trouble.” She claims police “tricked her” into her alleged confession.

Graswald’s diaries, which have been turned over to and reviewed by police, state that Viafore wanted threesomes and rough sex – but Portale says this isn’t a motivation for murder.

“He was pressuring her,” Portale says. “But he didn’t force her and there wasn’t any rage or scorn.”

For more of Graswald’s interviews, pick up the new issue of PEOPLE this week. And for continuing coverage of the latest developments in this mystery, watch People.com. 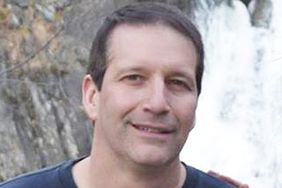