Police arrived at the heir's Hollywood Hills home at about 2 p.m. on Tuesday

LAPD confirms to PEOPLE that officers were called to a home on Montcalm Avenue by a woman at about 2:20 p.m. on Tuesday.

“A male was found unconscious and not breathing,” LAPD officer Nuria Vanegas tells PEOPLE. “He was pronounced dead at the scene.”

The coroner and detectives from the LAPD’s Robbery-Homicide Division conducted an investigation at the scene and coroner’s assistant chief Ed Winter later told the Associated Press that Getty’s death appeared to be from natural causes but had been tentatively been ruled an accident because of medication found at the scene.

Getty’s parents, Ann and Gordon Getty, confirmed their son’s death in a statement, according to the Los Angeles Times and asked for privacy during “an extremely difficult time.”

The Times reports that a woman who was present at the time of Getty’s death was escorted from the home by police for questioning. The Times also reports that Getty filed a restraining order against a woman just two weeks ago, according to court records.

According to TMZ, the woman who was at Getty’s home is his ex-girlfriend.

Forbes magazine estimates the net worth of Getty’s father, Gordon, at $2.1 billion. 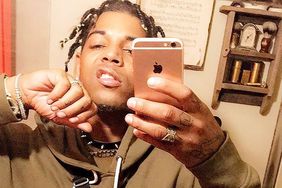