Out on bail, she hams it up for photographers in London after the hearing

Amy Winehouse cracked her knuckles, adjusted her beehive – and to the delight of the 20 reporters in a London courtroom – spoke clearly from behind a clear plastic shield on the stand Tuesday morning.

Uttering only a few lines during a 15-minute hearing in the City of Westminster Magistrates Court, Winehouse proudly proclaimed her name as Amy Jade Civil – her married name. And, leaning forward to speak through a gap in the plastic, she pleaded “not guilty” when a charge of common assault against Sherene Flash was put to her.

The assault is alleged to have happened in September 2008 in Berkeley Square, London, at a high society ball.

Winehouse, 25, was dressed in a summery floral print, low-cut dress, which revealed her many tattoos and her bra strap, and four-inch pink stilettos. Asked at one point, as she fidgeted with her hair, if she was okay, she turned a security guard and said, “Me? I’m alright.”

Watching the proceedings from a few feet away was her father Mitch and a minder, who had driven her down to the court from her new home in Barnet, north London.

District judge and chief magistrate Timothy Workman set a trial date of July 23 and Winehouse was remanded on bail.

Leaving the hearing, the singer strutted and posed for the gathered photographers before being whisked away. 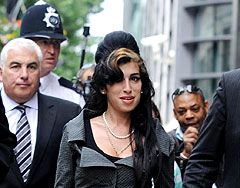 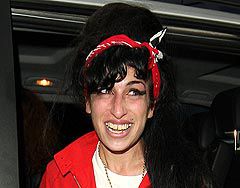 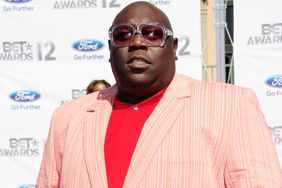