Amy Winehouse was arrested Thursday in Norway for marijuana possession, police in Bergen confirm to PEOPLE.

Authorities, acting on a tip “from a good source,” arrested the 24-year-old singer, husband Blake Fielder-Civil and a male member of her touring party at around 6 p.m. in Bergen’s Radisson SAS Hotel, a police source tells PEOPLE. They found .25 ounces of marijuana in the singer’s room.

The three were held for about 12 hours in separate cells, fined and then released.

Winehouse and Fielder-Civil paid a 500 euro ($714) fine, while the member of her touring party, Alexander Foden, who creates Amy’s hairpieces, paid a 350 euro ($500) penalty.

“She paid the fine and she was released,” a police source told PEOPLE. She and Fielder-Civil were “very cooperative. It’s over.”

The scandal-plagued singer was hospitalized Aug. 8 and treated for exhaustion, the start of a roller-coaster ride of canceled commitments and impassioned pleas from her parents and in-laws to stop taking drugs. All of her U.S. appearances have been postponed until 2008.

The arrest also comes after Winehouse had a shaky start to her European tour Oct. 15 in Berlin. The singer tripped and staggered as she walked on stage, then forgot the first few lines of a cover she performed of “Valerie,” by British band The Zutons. 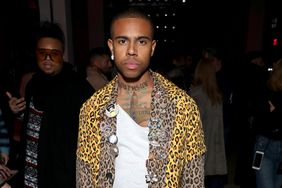