At Amy Winehouse‘s lawyer’s request, a district court in Norway has agreed to postpone a Feb. 29. Hearing for the troubled singer as she appeals a fine for marijuana possession, her lawyer Ole Kvelstad confirms to PEOPLE.

The reason for the delay? Not the rehabbing singer but her husband Blake Fielder-Civil, who’s currently in jail in London on charges stemming from a pub brawl.

“The [Norway] court says that all parties must appear in person before the court, and the British police haven’t made arrangements for one party to appear,” Kvelstad tells PEOPLE.

Winehouse, Fielder-Civil and Winehouse’s hairdresser Alex Foden are appealing a fine for marijuana possession, after the trio was arrested in Bergen Oct. 18. They were released the next morning after paying fines of $715 each.

Winehouse, 24, later said she had been deceived about signing papers agreeing to pay the fine, which in Norway is the equivalent of pleading guilty. Police countered that she’d had an English translator and understood what she was doing.

Meanwhile, Fielder-Civil, 25, will be in court Feb. 29 anyway – in London, though. He is scheduled to appear at Snaresbrook Crown Court to enter his plea to a charge of perverting the course of justice. He’s accused of attacking a pub landlord and then later conspiring with him to withdraw as a witness at the trial. 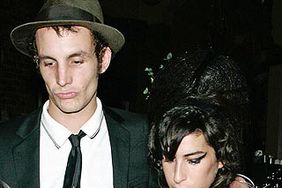 Paul McCartney: 'I Need to Get Back to What I Do Best'