The cause of death for Linda Stoltzfoos, an Amish teenager who previously went missing in Pennsylvania 10 months ago, has been revealed.

According to the Lancaster County Coroner's Office, Stoltzfoos, 18, was strangled and stabbed in the neck, the Associated Press reported.

The coroner, Dr. Stephen Diamantoni, determined that her cause of death was asphyxia due to strangulation and suffocation, with a knife wound to the neck serving as a contributing factor.

Stoltzfoos' remains, which were discovered in a rural area of Lancaster County on Wednesday, were positively identified by officials using her dental records.

Stoltzfoos disappeared on June 21, 2020, when she was last seen heading home after church to change into something else for a youth group meeting.

Justo Smoker, 35, was arrested in July on charges of felony kidnapping and misdemeanor false imprisonment in connection with Stoltzfoos' disappearance.

He was charged with murder in December after investigators reviewed all of the evidence gathered and made the determination that Stoltzfoos was likely dead.

In a press conference on Thursday, district attorney Heather L. Adams said that Stolzfoos' remains were found on railroad property behind Smoker's previous place of employment.

The remains were wrapped in a tarp and buried in a grave with a dress, bonnet and shoes consistent with clothing worn by Stoltzfoos at the time of her disappearance, according to Adams.

Investigators believe Stoltzfoos had initially been buried at another location in Ronks, where Stoltzfoos' bra and stockings were previously recovered, but was moved behind Smoker's place of employment several days after her death, Adams said.

Smoker first became a kidnapping suspect for police after multiple witnesses in the area reported seeing an Amish female in the passenger seat of a red car. The descriptions of the driver and vehicle were consistent with Smoker and his red Kia, according to authorities.

As detectives investigated further, they obtained surveillance video that police said "depicts the abduction" of Stoltzfoos on Beechdale Road, which would have been part of her walk home, and they matched the red Kia Rio vehicle seen in the video to the suspect.

After learning that the vehicle with a distinct "LCM" sticker on the trunk had been seen parked June 23 at a rural location in Ronks, investigators searched the area and located a bra and stockings belonging to Stoltzfoos, police said.

Smoker's DNA was detected on Stoltzfoos' clothing, according to prosecutors.

An attorney for Smoker could not be immediately reached by PEOPLE for comment.

Smoker is currently being held at Lancaster County Prison without bail. 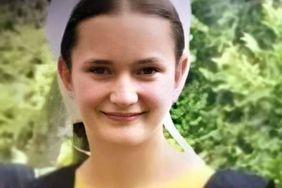 Man Charged with Murder of Pa. Teen Who Vanished After Church as Police Find Her Clothing, DNA 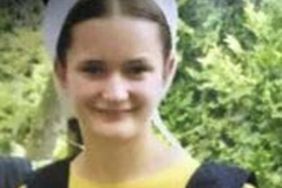