Investigators are trying to determine who killed Suzanne Eaton, the 59-year-old scientist whose body was found in a WW II bunker in Crete

The missing American biologist whose body was believed to have been found Monday in Greece died of a “criminal act,” say authorities who are now hunting for her killer.

An autopsy revealed that Suzanne Eaton, 59, a molecular biologist at the Max Planck Institute of Molecular Cell Biology and Genetics in Germany, was “suffocated,” a spokesperson for the police in Crete said Wednesday, multiple outlets including CBS News, TIME Magazine and the Associated Press report.

However, investigators are still working to definitively confirm that the body recovered is Eaton’s, Greek state coroner Antonis Papadomanolakis told the AP, noting that it was most likely her.

“The only thing we can say is that the (death) resulted from a criminal act,” Papadomanolakis told the AP.

American Scientist Missing in Greece Found Dead After Nearly a Week: ‘Her Loss is Unbearable’

Eaton was reported missing a week ago. She was believed to have gone on a run on July 2 in Crete, her family said on Search for Suzanne, a Facebook page they set up for her.

Eaton was attending a conference at the Orthodox Academy of Crete, on Greece’s largest island, which she had done in years past.

On Monday, a body believed to be Eaton’s was found in a cave in Chania, Crete, the Associated Press reports.

The cave is the site of an abandoned World War II bunker, the BBC reports.

Eaton typically ran for 30 minutes every day, her family said. They said that she had done so the previous day at the same time, though details of where she was going remain unknown. Her cell phone and other belongings were left in her hotel room.

On Monday, before authorities said they believed she met with foul play, her family wrote on Facebook, “Due to the rough terrain and extreme heat, we believe the most likely possibility is that Suzanne may have either become overheated and looked for shade or that she may have fallen.”

Eaton’s employer confirmed her death on Tuesday, revealing that her body was found the night before.

“It is with enormous sadness and regret that we announce the tragic demise of our dearest friend and colleague, Suzanne Eaton,” the institute’s statement said, adding that “authorities have not yet completed their investigation regarding the events that may have transpired on Tuesday afternoon, 2nd July.”

“We are deeply shocked and disturbed by this tragic event. Suzanne was an outstanding and inspiring scientist, a loving spouse and mother, an athlete as well as a truly wonderful person beloved to us all. Her loss is unbearable.”

A statement in the Facebook group on Tuesday said that they “cannot comment on anything at this time,” but would post further details once the family is able.

A fundraiser on the Facebook page raised more than $40,000 to aid in the search for Eaton. Local volunteers and members of the conference scoured nearby areas, and people with drones uploaded aerial footage to help the search.

Eaton’s entire family went to Crete to look for her, including her sister, brother-in-law, niece and nephew in addition to her husband, British scientist Tony Hyman, and their two sons, Max and Luke.

Eaton was born in Oakland, California. She earned her undergraduate degree in biology at Brown, and a Ph.D in microbiology from the University of California, Los Angeles, her biography on the CGB site says.

On Facebook Tuesday, her family thanked everyone who helped search for Eaton.

“I will be forever grateful for the support we’ve received from this global community of caring people over the last week,” her niece, Callie Broaddus, wrote. “I understand that many of you want answers, and I am thankful that you are invested in this case, but I humbly ask that you avoid speculation on this page. We cannot comment on anything at this time, but I will post a message here when the time is appropriate.” 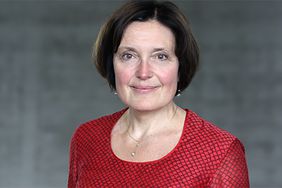 Man, 27, Confesses to the Murder of American Scientist Suzanne Eaton in Greece 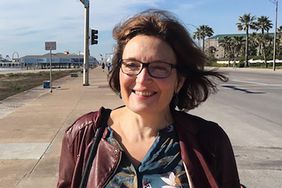 American Scientist Missing in Greece Found Dead After Nearly a Week: 'Her Loss Is Unbearable'

Family of American Scientist Missing in Crete 'Exploring Every Option' to Find Her, Says Niece 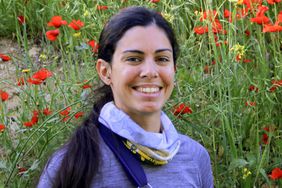