A Tennessee teen and the 50-year-old former teacher who is suspected to be with her are still missing, and investigators are concerned about the “alarmingly low” number of tips for the AMBER Alert.

“They could be anywhere now,” Tennessee Bureau of Investigation spokesman Josh Devine tells PEOPLE on Friday. “We need the public to keep an eye out for them.”

On Tuesday night, an AMBER Alert was issued in several states, including Alabama, Georgia, Mississippi and Tennessee, for 15-year-old Mary Catherine Elizabeth Thomas, who is believed to be with Tad Cummins.

Cummins is a former health teacher at her high school in Culleoka, Tennessee.

Since then, only 125 tips have come in, says Devine.

“We consider this to be an alarmingly low number,” he says. “When we have an AMBER Alert, typically we have phones ringing off the hook. That’s just not happening in this case.”

DeVine adds, “That leads us to believe they are holed up and not being seen by the general public right now — or they are outside of the original net we cast, which was across the Southeast. That’s why it’s important that everyone in this nation know about these individuals.”

Authorities believe Cummins is armed with two handguns and that Thomas is in extreme danger.

They also believe Cummins is driving a Silver Nissan Rogue with a Tennessee license plate, with numbers 976ZPT.

“The car and the license plate — that’s the key right now,” says Devine.

A warrant has been issued for Cummins’ arrest for alleged sexual contact with a minor, according to the TBI. The charge stems from an earlier alleged sexual interaction on school property between him and Thomas, say authorities.

Teacher Allegedly Tried to ‘Lure and Potentially Sexually Exploit Her’

Cummins and the teen were last seen on Monday morning in Columbia, Tennessee, say investigators. Authorities do not yet know if Thomas was taken against her will.

But the TBI’s investigation allegedly “has revealed a troubling pattern of behavior” by Cummins, suggesting that he was allegedly abusing his role as a teacher to groom Thomas to try to “lure and potentially sexually exploit her,” says Devine.

He declined to reveal any more details for now.

Her family’s lawyer, Jason Whatley, says that whether Thomas went willingly or not, she is a victim regardless.

“This is a 15-year-old girl — and if they are together, she has been groomed by a 50-year-old authority figure, so how could we even define ‘willingly’? ” Whatley told PEOPLE.

According to Whatley, a student reported to school administration on Jan. 24 that he saw Cummins kissing Thomas in his classroom the day before. One week later, law enforcement informed the teen’s family of the allegations.

“My client was as mad as a wet hen when he learned he was kept in the dark,” Whatley says. But Cummins was not penalized for the alleged kiss and continued teaching at the school, he claims.

“Maury County Public Schools suspended the Culleoka Unit School teacher involved in the law enforcement investigation once we were notified of the allegations,” the district said in its statement, according to WKRN.

“Since then, the teacher has been dismissed as a result of the investigation,” the district said. “The district does not tolerate any manner of behavior that is alleged in this incident and will take swift action to remove parties from school campuses who are involved with investigations of this type.”

The school district could not be reached by for comment on Friday.

On Feb. 6, two weeks after the alleged kiss, Whatley says he sent a letter to the school district on behalf of the family, expressing their concerns.

It was only later that same day, after the letter, that Cummins was suspended, Whatley says.

“[Maury County Public Schools] already dropped the ball when they failed to tell my client anything for a week, and then didn’t get rid of this guy while they investigated,” Whatley says. “Even if they believe [Cummins] was falsely accused, you get the teacher [and student] out of the situation.”

According to Whatley, the school district’s decision to allow Cummins to continue teaching was the “talk of the school.”

Thomas was last seen wearing a flannel shirt and black leggings. She is 5 feet 5 inches tall and weighs 120 lbs., with blonde hair and hazel eyes.

Cummins is 6 feet tall and weighs 200 lbs., with brown hair and eyes.

Anyone who sees them or a Silver Nissan Rogue with a Tennessee license plate 976ZPT should call 911. 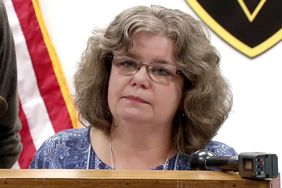 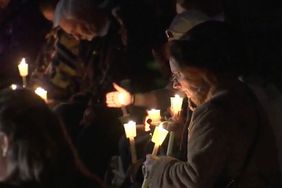