Sterling’s aunt, Sandra Sterling, spoke to the crowd about her anger after seeing the videos that show police tackling him and, after one officer claims he has a gun, fatally shooting him.

Sterling’s aunt and elected officials at the vigil urged those gathered to remain peaceful.

Leading the ceremony was Baton Rouge state Rep. C. Denise Marcelle, who said the evening’s event was “about unity.”

“Not one more black man needs to die at the hands of a police officer,” she said. “Not one more.”

The investigation has been handed off to the federal authorities, Louisiana Governor John Bel Edwards announced Wednesday morning.

Regarding the footage, Edwards said, “I have very serious concerns. The video is disturbing to say the least.”

Some gathered at the vigil expressed optimism that the video will lead to justice.

“I think it’s peaceful because we have hope that justice will be served,” 56-year-old Michelle Rogers told The Advocate. “If you saw the video, then you saw what we saw.”

Veda Washington, another aunt of Sterling’s, told PEOPLE on Wednesday that when she first found out about his death, “I screamed because I knew this shouldn’t have happened.”

“The police are supposed to protect and serve,” she said, adding, “They harassed him and they murdered him.”

She said Sterling had two sets of children, including a set of twins. He was known for selling CDs, which she said he’d been doing for about 15 years: “That’s how he supported his family,” Washington said.

Sterling was selling CDs outside a convenience store when police were called with a report that Sterling had threatened an individual with a gun.

In a 48-second video taken by a witness, an officer quickly tackles him to the ground, after Sterling has apparently been hit with a stun gun, according to the video. As the two officers pin Sterling in place, one of the officers yells, “He’s got a gun! Gun!” before firing his weapon at Sterling. It is not clear from the video if Sterling was able to move while being held down by police, or what movements he made if so.

Eyewitness Abdullah Muflahi, the convenience store owner, told CNN that after the shooting he saw police remove a gun from Sterling’s pocket. He said he did not see Sterling in an altercation with anyone that night before police arrived. 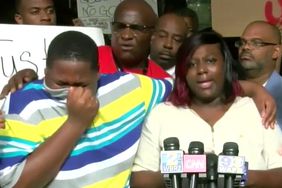 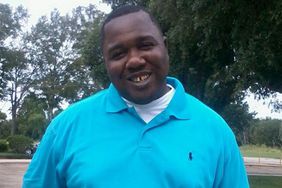 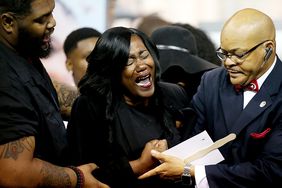 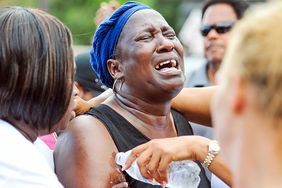 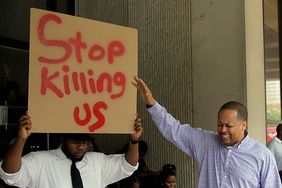 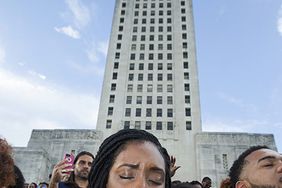