Allyzibeth Lamont's body was found in a shallow grave on Halloween in 2019, just days after she was last seen at the deli where she worked

Allyzibeth Lamont was a familiar face in the Local 9 Deli in Upstate New York, an employee who greeted customers with a smile and was happy to help with their sandwich and drink orders.

In October 2019, regulars at the popular sandwich shop were surprised to learn that the 22-year-old they looked forward to seeing at the Johnstown deli had gone missing.

Authorities searched the small town for any sign of her, but no one said they had seen her, which was uncharacteristic of her.

Days later, on Halloween, her body was found in a shallow grave, 35 miles away, off of a highway exit in Malta.

The chilling case is the subject of Monday's episode of People Magazine Investigates, titled "Gone in the Night," which airs at 9 p.m. ET on Investigation Discovery and also streams on discovery+. (An exclusive clip is shown below.)

The episode details how detectives carefully gathered clues to find out who killed the young woman.

Soon after Lamont vanished, detectives headed to the deli "to speak to the manager, because from what we gathered, that was where Ally was last seen," Gloversville Police Department Det. Jillian Faville says in the episode.

"There was actually a sign on the door that said 'Under Renovations.' However it was still open for business," Gloversville Police Department Det. Sgt. Lucas Nellis says in the episode.

"This was kind of strange," Nellis says.

The detectives circled back to the dumpsters behind the deli, where they met two employees, including deli manager James Duffy's girlfriend.

"We were just trying to figure out what happened with Ally leaving the evening of the 28th," Faville says.

The girlfriend said she wasn't there at the time but that her boyfriend closed the deli that night.

"At that point in time, we were looking to speak with Duffy and we were advised he wouldn't be in until 10 a.m. that next morning, Oct. 30," Nellis said.

The girlfriend gave them phone numbers for Duffy and deli owner, Georgios Kakavelos.

"I tried to call them both on their cell phones and I got no answer," Fayville says.

"Unanswered calls, coupled with people not answering the door and vague accounts, made the detectives think they are being kept in the dark," says PEOPLE Staff Writer Elaine Aradillas in the episode.

Detectives persisted, eventually learning that Kakavelos was upset with Lamont because she "was causing problems for him at the labor board" because he owed her money, Duffy said in a statement to investigators, according to The Daily Gazette.

Ultimately, they would learn the disturbing truth of what happened to Lamont. 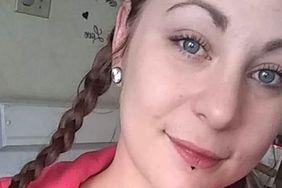