In court on Thursday, attorneys for the University of Mississippi student accused of killing his classmate requested he undergo a psychiatric evaluation at a state hospital.

Tony Farese, an attorney for murder suspect Brandon Theesfeld, also withdrew a request for bond, saying he was doing so because he “obtain[ed] some new information.”

Theesfeld, 22, is accused of murdering Ally Kostial, who was 21 when she was found dead on July 20 near a lake after being shot eight times. Kostial’s friends have said the pair had a “complicated” relationship that was romantic at times.

In court, Theesfeld affirmed he understood he will remain incarcerated after his lawyer withdrew his request for bond.

Prosecutors agreed to the request that he undergo a psychiatric evaluation.

Kostial’s family members sat on one side of the courtroom along with her friends, while Theesfeld’s family sat on the other, WLBT reports.

Theesfeld has been held in the Lafayette County Jail without bond since his arrest July 22.

District Attorney Ben Creekmore confirmed to Oxford Eagle reporter Jake Thompson that prosecutors are still planning to present the case before a grand jury next week.

Farese has previously told PEOPLE that his client will plead not guilty when he is formally charged.

Outside of the courthouse, Kostial’s friends stood shoulder to shoulder, holding signs in support of the St. Louis native.

Friends of Kostial’s have told PEOPLE that Kostial and Theesfeld knew each other for about three years. They described Kostial as an eternal optimist who always saw the best in everyone.

One friend said Kostial had a “complicated relationship” with Theesfeld that was “on-and-off.” Another described Theesfeld as being emotionally abusive and “super misogynistic.”

“She was always down about him. I have all kinds of messages of her texting me paragraph after paragraph, asking me, ‘What do I do?,’” the friend previously told PEOPLE. “She was texting all her friends asking for advice. It was hard for me to watch.”

“He would tell her he loved her and then he’d say ‘F— you, I was just drunk, I don’t care about you,’” the friend said.

Farese has told PEOPLE: “Brandon comes from a good family, a good Christian home, his parents were divorced and have remarried and they all get along very well, and they have been very supportive of Brandon, and their hearts go out to the Kostial family and their loss.”

Authorities say Kostial was seen on surveillance camera outside an Oxford, Mississippi, bar on July 19, but did not go in before apparently heading home around midnight and later leaving again without alerting her roommates, reports Jackson TV station WLBT.

Lafayette County Sheriff’s deputies on routine patrol found her body about 10:30 a.m. the next day in the remote lake area of Harmontown, about 20 miles from the college campus. The lake has a fishing camp popular with both locals and college students.

When Theesfeld was arrested, he allegedly had clothing that appeared to be stained with blood, reports Fox 13 Memphis. 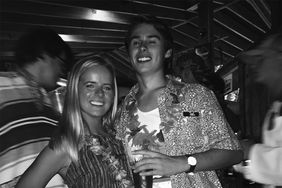 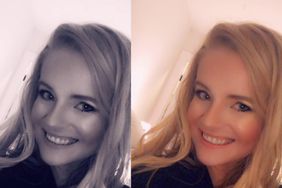